Nothing gets me more excited that getting to share books with you, reading is such a part of my daily life and I hope it gets you motivated to read more too.  I also love when a book totally surprises you which this one did. Yes, it’s a romance, but there is some real depth. The two main characters really didn’t pull punches with each other but also supported each other.

I was contacted by the publisher to get a free copy of this book which a chance to review and I didn’t even blink before saying yes. The publisher was also kind enough to host a giveaway for a $50.00 Amazon eGift Card. Checkout the giveaway at the end of the post. Hope you give this book a chance, this is the fifth book in the series but I haven’t read the others so could totally be read as a standalone book, though I want to go back and read the others.

Review: I found myself almost going into this book thinking it was going to be just a light cheesy romance. I am so glad I was wrong. I liked it more because the characters were real, flawed and deeper than they looked. JL was the rebel with a good heart, who gave people almost too many chances. She turned down Enzo many times since his preppy buttoned up look just seemed boring. Enzo surprised her more with each day and how open he is. There was a moment in the book between JL and her mother that could have ruined the book but it was handled well and honest, that made me appreciate the book more.

It’s full of fun and laughter, romance, and heart. A little bit of everything.

“What made you change your mind about going out with me?” he asked as they crossed the parking lot. “Not that I’m complaining. But you’ve been saying no for almost a year.”

“You always seem so predictable, but you doing this . . .” She shook her head. “I guess it made me see you in a different light.”

He held her car door open for her as she tucked the canvas facedown in the backseat and then got in the car. “I’m glad it took me completely humiliating myself to get you to go out with me. Maybe I won’t kill your brother for this ridiculous bet, after all,” he said. “I’ll make reservations at the Tackle Box and pick you up at eight tomorrow.” When she looked at him for a moment too long, he said, “You don’t like the Tackle Box?”

“Do you work tomorrow?” she asked as she got back out of the car.

“That was a dumb question. You’re always working. Let me rephrase the question. Can you take the day off tomorrow?”

Enzo quickly thought about all the teleconferences he had scheduled and all the reports he had to do. “I can.”

“Eight in the morning,” she clarified. “I asked you out, so I pick. That’s the deal, okay? It’s my treat. I pick where we go and what we do.”

“You hate giving up control, don’t you?” she asked wryly, already knowing the answer. “Don’t worry so much. Just be ready. It’ll be fun—spontaneous. You’ll like it. I promise.”

He let out a breath. “Fun and spontaneous isn’t something I’m very comfortable with,” he admitted. But then he decided, What the hell? He’d already survived taking the biggest leap of faith of his life by moving from Brazil to Florida, something that was so completely out of character his parents thought he was still mourning the end of his marriage. So, going on a date with a beautiful woman and letting her take the lead . . . what could possibly go wrong?

“Okay, fine. I’ll text you my address,” he said as he leaned in and kissed her cheek. She folded herself into her crappy fifteen-year-old Honda Civic, which was mostly red, except for some patches where the paint had chipped off. The bumper was held together with a hot-pink bungee cord, and there were bumper stickers plastered everywhere. He couldn’t picture her with any other car but this one; somehow it suited her perfectly. But she was absolutely out of her mind if she thought he’d be going anywhere with her in that clunker tomorrow.

Sidney Halston lives her life by one simple rule: “Just do it.” And that’s exactly what she did. At the age of thirty, having never written anything other than a legal brief, she picked up a pen for the first time to pursue her dream of becoming an author. That first stroke sealed the deal, and she fell in love with writing. Halston lives in South Florida with her husband and children. 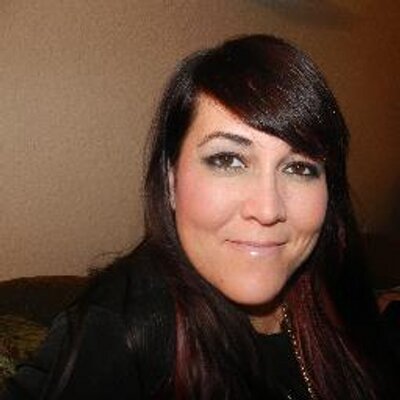 What is the last book you read?

Will you give this book a read?