With the Winter I tend to read a lot more than normal, thanks in part to all the snow storms. I also bit off more than I could chew with a lot of books I got free for reviews, and books that came in from the library all at once. Such is life, this book nerd really doesn’t mind. So hopefully you find a book or two that you may want to read as well.

Five Stars: Blew me away, made me want to stay up till 3am to finish, would read again and again or I didn’t find anything I would want to change. 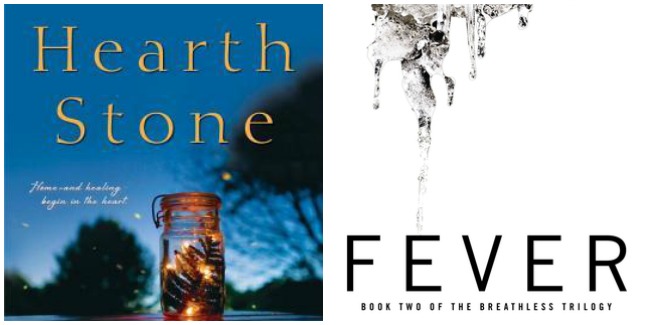 Hearth Stone – Sydney decides to buy a house on a whim, with the idea that she can fix it up and train Olympic Equestrian hopefuls after her career is ended after an injury. Shortly after buying the house, her funding is cut short and she tries to hide it. A local named Hunter offers her to work in trade, he is amused by her spunk and her obvious desperation. When it all seems to be falling apart Sydney finds a Mustang in dire need for help, twisted in barbed wire and should be put down. Her grit to hold on, and save the horse not only saves the horse but herself as well. Sydney also takes in a woman and her autistic child and others who need saving. The banter of Sydney and Hunter really moves the story along.

Fever – This is the second book of the Breathless Series. For fans of 50 Shades of Grey fans, you will like this series even better.  Jace is the intense silent type who is used to sharing women with his best friend Ash, and when he sees Bethany he knows he wants her. After just one night he feels such jealousy and possession but she leaves before he wakes up. Jace tears up the city to find her, and let her know that he doesn’t want to let her go. While Jace is intense he is also in tune with Bethany’s needs and not as overbearing as some of the other male alphas in other dominant/sub characters and it was refreshing. 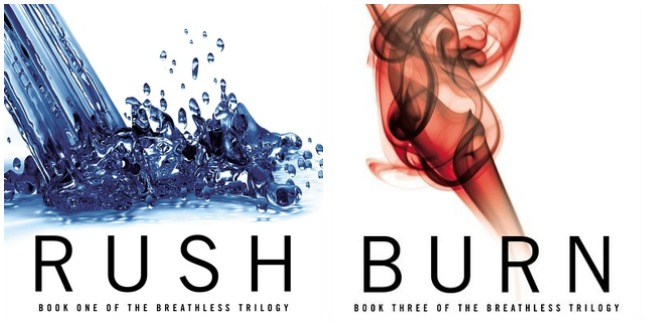 Rush – This is the first book in the Breathless series and it starts off with a bang. Gabe has been looking out for Mia since she was young, she is the younger sister of his best friend Jace. Problem is she is all grown up and his feeling have merged from brotherly love, to full blazing lust. Gabe has decided enough is enough and he is making his move, can Mia agree to his strict requirements. Can she submit to his tastes and desires? What Gabe doesn’t know is that Mia has been carrying the same torch for Gabe, that he has carried for her, but keeping the relationship from her brother has the chance to pull them apart.

Burn – This is the final book in the Breathless series. Ash was the last of his three friends to pair off. Just getting a peak of a tattoo underneath the shirt of a woman and he is intrigued. She may have told him No, but Ash is used to getting his way. He begins the pursuit to win her over. His intensity would scare a normal girl, but Josie is used to dominant relationships, but she has been disappointed in the past. Ash is willing to convince her that it’s worth taking a chance on him.

One Wish – While Grace is trying to move on from her old life as a competitive figure skater, she comes into her own while running her own flower shop. A local teacher thrives on being active and adventurous and decides he is the perfect person to shake up Grace’s overworked schedule. A little friends with benefits could be just what they both need. Grace tries really hard to keep her old life buried but sometimes it can’t stay buried. While reading this book I really felt the characters were well developed, I felt for each and were hoping for the happy ending they deserved.

The Girls of Mischief Bay – There is nothing better then the support of your girlfriends. These three friends are going through different struggles with their relationship, and at different phases of life. Nicole feels like a single mother after her husband decides to quit his job in order to become a screenwriter. Shannon is beginning to make her dating life a priority after building her career and being the Vice President at her job. Pam has been married for 30 years and she wants to rejuvenate her marriage. They run the gamut of experience and through it all they lean on each other to get through all of life’s experiences.

Start Me Up – Anne puts together the most Pinterest worthy parties, and blogs about it. Her blog became her life and her main source of income, causing a rift in her marriage causing it to end. During a birthday party, Mike a local mechanic happens upon Anne and is drawn to her. He likes being a mechanic, living above his business and not having any long term attachments, that is until he meets Anne with her perfectly poised outfits and her charm. What I liked about this book is that they date, they don’t rush into bed, and they build their relationship on friendship. I may be a little biased being a blogger. 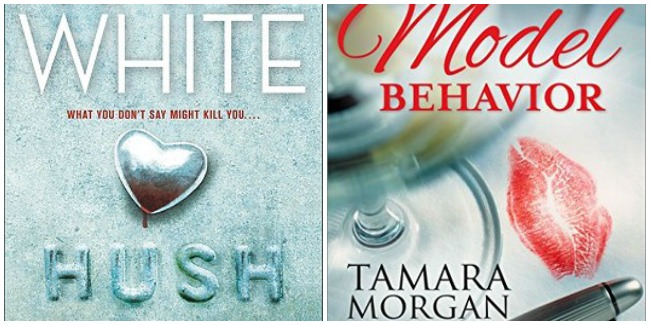 Model Behavior – Livvie knows her best friend Ben means business when he drops his cell phone in her drink. The list of 7 tasks in 24 hours has begun. If Ben completes the task then Livvie needs to give them a chance. While it was a cute premise both characters were superficial with “model” good looks. Livvie came from humble beginnings making her very strict on never going back, but her requests came off very surface level and hypocritical.

Hush – This book just screamed crazy dumb girl who runs back into a house when the killer is chasing her. Lake Warren is in a custody battle with her ex, so when she wakes up next to the young hot doctor she just had a one night stand with and he is dead, she doesn’t call the police. It does keep a steady pace, and I didn’t figure out the ending which saves it from being a bust. 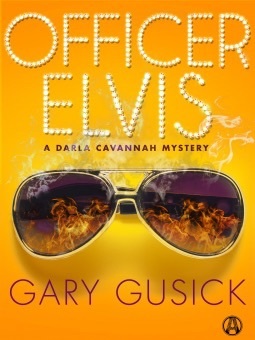 Officer Elvis – I am not sure what I was expecting from this book, but it leaned a little bit too much toward the cheesy than the mystery who-done-it I was expecting. The lead detective Darla, Rita and even the FBI agent Uthie had great banter but it wasn’t enough to save this book for me.