First I apologize this is a long one. I read 11 books this month. One was a did not finish, but the others were pretty good. I think some were shorter than others making them move quicker. Hopefully you find some books to add to your to read list! Here are the books I read:

Five Stars: Blew me away, made me want to stay up till 3am to finish, would read again and again. 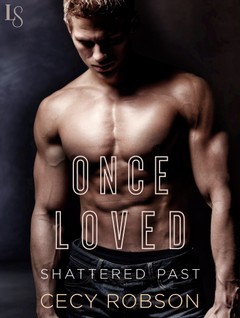 Once Loved:  While this isn’t classic literature I really enjoyed it. You have Lety with her abusive alcoholic father who ruined her financing for college, and Brody the seemingly perfect boy with perfect grades. They tried once to make it work and failed but he is not letting her go this time. In order for them to work Brody must tell Lety his secrets, and Lety needs to break down the walls she has kept to high. Read the first book first, my thoughts on this one here.

Me Before You: This book got so many good reviews I felt I had to read it. Lou takes a job working for Will a quadriplegic who has a quick wit but is also depressed about his condition. Lou wants to quit immediately but since she is the main breadwinner of her family she sticks it out. She decides to prove to Will that life is worth living, and Will pushes her to pursue her passions. I think the hype of this book made me like it a smidge less than i might have otherwise, and I figured out the ending a quarter of the way in.

The Rosie Project: Don is a socially awkward professor of genetics. After deciding the probability that there is someone for him, he comes up with a detailed questionnaire for his Wife Project. He wonders why he never makes it past the second date. Rosie seeks out Don to help find her biological father and gets confused as a potential suitor.  Don is brutally honest, and logical to a fault he is quite an endearing character. Overall funny, quirky and really sweet story.

The Rosie Effect: I received this book from the publisher for review so I read the Rosie Project. This book continues Don and Rosie’s story after they married, moved to New York and find out that Rosie is pregnant. Don’s reaction to the news leads Rosie to worry he doesn’t want to be a father. Don’s research leads him in hot water. His quirky and sweet manner in which he tries to fix everything is so sweet, but also hilarious.

Dangerous: Detective Martell takes it upon herself to chase down the sexual predator known as Angel even though she has been suspended from the case. After two women have died by his hand she can’t let it go. After her neighbor’s daughter gets kidnapped by Angel she enlists the help of Drago to help find him before it’s too late. The race is on to find her, while trying to resist each other. The chase is fast paced and intense. The chemistry is hot! Great read!

The Power of 100!: I have sung the praises of this post many times and even shared my Career & Finance goals and my Travel Goals. This books tells the story of the author struggling back from an assault and a horrific car accident to make his life what he always wanted it to be. He uses the book as a workbook to guide you to how to get life balance, setup your list of 100 goals and how to structure them. Better then most self-help type books have read.

DIY Nut Milks, Nut Butters & More: In my quest to eat less processed foods, I really enjoyed the recipes to make my own nut butters and granola.

The List:  This was a light fun, cute read. Phoebe caught her boyfriend cheating, she decides to create a sexual bucket list. She enlists her best friend to help her in her no strings attached sexual revolution. The end was a little rushed but the relationship between the friends was entertaining.

The Undertaker’s Daughter: This book left me feeling a little weird. I didn’t get the point but had to remind myself it is a memoir, so it doesn’t necessarily wrap up all perfect in a bow. It also is told from the daughter’s perspective so you don’t get the why and how of the other member of the family. Kate is exposed to the rituals of the dead at an early edge. Her father’s infidelity and alcoholism is hidden by his charismatic personality, while fighting for control of the funeral business of a small town. Race relations during the 60’s are discussed as a back drop to the story.

A Thing of Beauty: Fiona is a former child star who buys a big mansion after getting out of rehab. She has grand plans to restore it to it’s glory however ten years later it is filled with hoardes of  “treasures” she has found in thrift shops or the trash. Desperate for cash she takes in a border named Josia, who helps her see life in a different way. She begins to find her life again, and back to finding happiness. A few story issues that hopefully gets worked out but overall good read.

The English Breakfast Murder: I added this as part of a book challenge and it was so boring and drawn out I just couldn’t finish. Too much tea, not enough mystery.