If you are happy and you know it read a book. It’s National Show Us Your Books Day!! What. Oh that is not a real thing? Well let’s make it a real thing, because books. Let’s get to it so us book lovers can go add a bajillion books to our TBR pile. 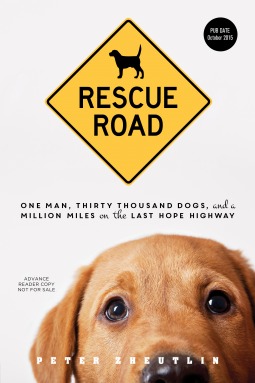 **Rescue Road: One Man, Thirty Thousand Dogs, and a Million Miles on the Last Hope Highway – This book broke me but also gave me hope. This is the story of a man to makes the trek from the South to New England with upward of 80 dogs at any given trip to save as many dogs as he can, with the help of all the angels involved in dog rescue.

He doesn’t just transport them, he gives them as much love and attention as he can so that their new journey to their forever home is a good one. The dark side of this story is the amount of dogs that are euthanized due to overcrowding in the South. The culture that doesn’t really care to spay or neuter their dogs, and treats dogs as nothing more than property. It was heartbreaking and I cried no less than 5 times reading this book, but the care and passion that some of these organizations showed just really encouraged me to help in any way that I can. If you want to see a happily ever after, check out Greg’s Facebook page to see all the pups. 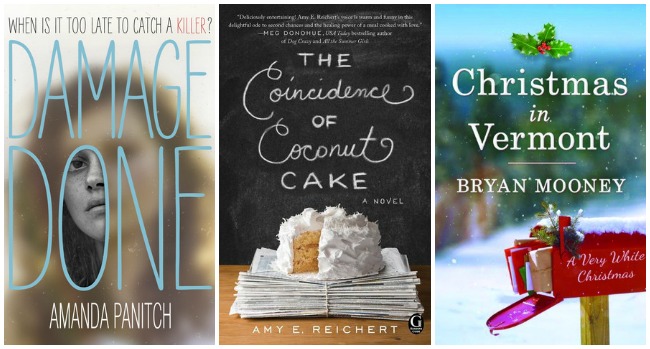 **Damage Done – This book was not at all what I expected. Julia was just a normal girl before her twin brother was convicted of murder after a school shooting. Julia was in the room but doesn’t remember what happened. She tries to move on in a new city with a new name. This book took a lot of turns and left me saying WTF more than a few times. The end was a little predictable but not overly so that it detracted from the overall story.

**The Coincidence of Coconut Cake – This book was compared to You’ve Got Mail and I had an image of Meg Ryan punching the air ready to take on Tom Hanks. Louella has a restaurant that is finally making money, but after finding her fiance in a compromising position she has a bad night when a reviewer comes in to her restaurant. The restaurant tries to hold on but it is just a matter of time. Lou meets the reviewer as a regular guy and she shows him the wonders of her town. Can she forgive him? Recipe is included in the book.

**Christmas in Vermont: A Very White Christmas – This book gave me all the warm and fuzzies. I loved the town and how everyone came together to help each other, it makes me want to live there. While the beginning was a little violent it really set the stage for Jack and Holly to reconnect later in the book. I loved the side story of helping Veteran’s returning from war and the reality of how tough it can be for them. I have a soft spot for veterans. There were a few eye roll moments that were a little over done and everything wrapped up a little too neatly but I overlooked them since I adored the rest of the story. Total Hallmark movie material. 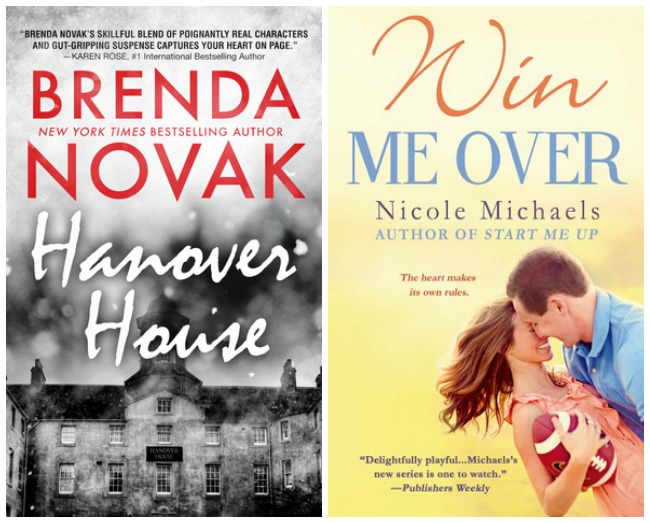 **Hanover House – Hanover House is going to be a study prison of some of the most heinous killers, it will be used to study and try to make changes in the system. This has been the dream of Dr. Evelyn Talbot after her friends were brutally murdered and her throat was slit by her boyfriend.
The Hanover House is not well received by the residences of the town it is being built, even by the State Trooper who is sworn to protect the town. I am looking forward to this series as it has already drawn me in. Now to wait…impatiently.

**Win Me Over – Callie seems like the kind of girl you love to hate because she has it all and makes it looks easy, but you can’t because she is just adorably sweet. She is running her own bakery, a former tiara queen, and the new dance team coach. Bennett Clark is the football coach and he struggles with an injury that ended his NFL career. A celebrity dance off throws them together and their chemistry grows. Bennett really pushes himself to a high standard and he lost everything and is still damaged. His team faces injuries that spirals Bennett’s own insecurities, but Callie tries to push through. The emotions were powerful in this book and felt real and honest.

** The Closer You Come – Brook Lynn was a regular girl who tries so hard to save her sister that she loses herself. Jase is recently starting over and Brook Lynn. I liked that Brook Lynn was normal, strong character. The secondary characters were fun and I look forward to reading ore to see where they go. I think the chemistry was good, though at times it was a little over the top the things that pulled them apart.

The Best Short Stories of Fyodor Dostoyevsky – I used to feel smart when I read Dostoyevsky and being a Sociology major it was pretty regular reading for me after college. I think I forgot how pretentious it was at times. I have to remember that he was born in 1821 so the times were different. Most of the stories were repetitive and could have used a lot of editing. He writes as more of a stream of consciousness in many of the stories, but  White Nights, The Christmas Tree and A Wedding, and a Gentle Creature were decent. I much prefer his full length novels.

Why Not Me? – The familiar let’s be friends celebrity book. You leave wanting to be BFF’s with Mindy. She was awkward in college, not finding where she fit, pushing her way through a male dominated field, as just makes you laugh while staying down to earth. Well played Mindy, well played. *Received free copy from Blogging For Books, all opinions my own. 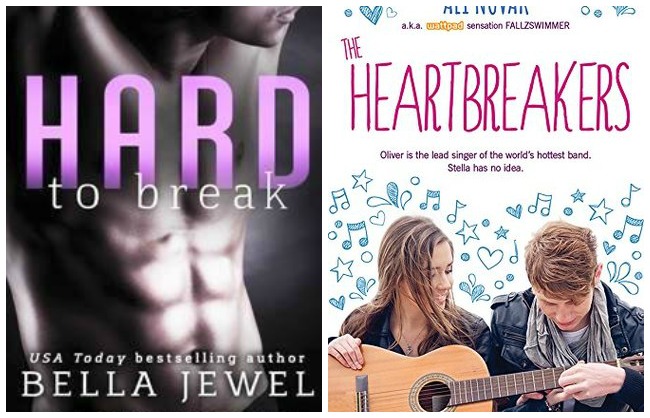 **Hard To Break – Quinn was a strong, independant, bull headed woman. Her weakness was her father who became an alcoholic after his wife’s passing. Quinn is left trying to keep him together and their garage. She can’t hang on for long and she loses the family garage to Tazen Watts, a custom car builder. He is arrogant, condescending, and rich. He automatically believes Quinn can’t be a mechanic because she is a girl, and calls her Angel at every turn. At moments he was really sweet and shares pieces of his childhood that wasn’t as glamorous. Overall the chemistry was intense but sometimes a little over the top. It was a quick read and had a happily ever after.

**The Heartbreakers – A little far fetched in that you will casually bump into a rock star and just happen to have chemistry. Also in your early 20’s you will be catching all the breaks and living the dream. I did like that there was some bumps along the way and that even with everything they had there was a sense of not following their dream completely. Cara was spunky and outspoken while Oliver was misunderstood. 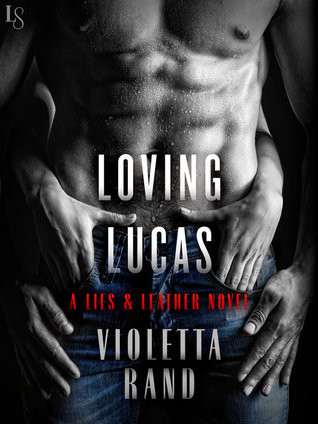 **Loving Lucas – This book was just horrible for woman everywhere. A woman who was mentally and physically abused for a year and a half does not decide to live with a man within one day regardless if he is a cop and she does a background check. Not only that, she doesn’t sleep with them two days after meeting them. This was just way too far fetched and a disservice to woman who have been abused.