Happy best day of the month, day! Show Us Your Books is the day when my Goodreads summary jacks up to 130 recommendations, and I add 1 or 2 dozen books to my ever growing pile of TBR books.

I am trying to catch up on all the NetGalley books I got approved for so the coming months I expect to be reading quite a bit. I also figured out you could sort books on your Goodreads lists by page number so I might start with some short books to bring down the list quicker. Anywhozzle, on to what I read last month!! 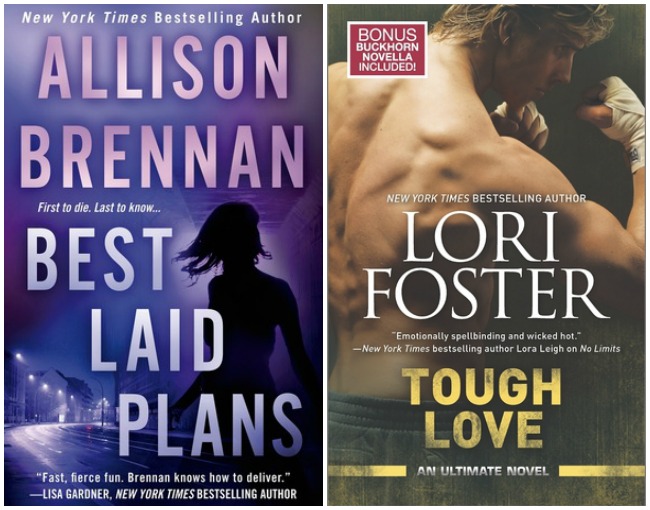 Best Laid Plans – Allison Brennan is always one of my go to authors for a good read. I have read this series from the beginning so I feel invested in the characters which helps to feel engrossed in the story. Lucy has been through the imaginable and she is a character who just keeps fighting. She also always fights hard for other victims out there and so we are kindred spirits. Sean is her boyfriend and he lends his computer skills again to help her find the person who killed the Congresswoman’s husband. It is wound in gang war fight, espionage, prostitution and embezzlement so something for everyone. I am looking forward to the next book in this series which will be out in November.

** Tough Love – This is the third book in the Ultimate series and Vanity made a brief appearance in the second book. Vanity made a deal with Stack to accompany her to a wedding in exchange for a night of unattached sex. This worked out well for Stack since he didn’t want to get attached but he is finding it really hard to resist from wanting more from Vanity.
His family demands enough attention from him but when Vanity steps in like she has always known them it leaves him wanting forever. I just love how this group always steps in to help each other and creates their own sense of family with lots or teasing and pushing in the right direction. A little love, sex, annoying family, loser boyfriends, and hot MMA fighters who surround the ones they love and protect them. 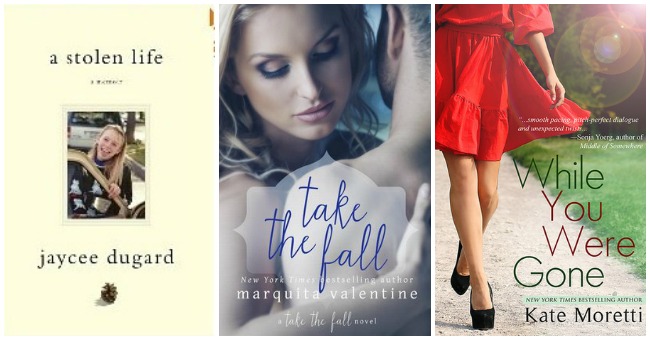 A Stolen Life – I knew only roughly what this story was about, and knowing more now after reading it, broke me. I like to live with a sense of naivete that people are good and don’t hurt each other. The exceptions to the rule do spoil that and Jaycee’s kidnapper is that kind of evil. I wanted to yell at her to be bold and to run but then I remember her age and it makes it that much worse. So heartbreaking what she went through but also inspiring that she survived and is helping others with her foundation. The writing was a little repetitive and childish but understandable since she was kidnapped at age 11, and without access to basic education. I can’t imagine have children with your abuser. I hope that she is at peace now.

** Take The Fall – This was a light and fun YA romance. One fateful night after a drag race Seth ended up taking the fall for something he didn’t do along with his best friend Jase leaving his girlfriend Rowan alone. Embarrassed and angry he pushes Rowan away. After a stint in the Marines he comes back for his grandmother’s funeral and determined to win Rowan back. She is a firecracker who doesn’t give in easily though even when she wants to. I read this book in a day, and looking forward to reading the rest in this series. Jase, Rowan’s brother and her best friend Piper, who is a buttoned up upper class woman looking to break free from her oppressive family showed some sparks.

** While You Were Gone – While this was a companion novel to Thought I Knew You I felt like it was a standalone book. Karen is in a place in her life where everything seems bleak. Dealing with her alcoholic mother in the middle of the night leads to her being less than stellar for her audition for the position at the orchestra she has been waiting for her whole career. The day isn’t over yet until her boyfriend decides he doesn’t want her anymore and is seeing someone else. Drowning her sorrows and meeting a man she clicks with was not the plan, getting in an accident wasn’t either but he stays by her side. She becomes giddy and attached to his energy and how they are together. One night brought them together but one night can bring it all tumbling down. Karen will have to decide which road to go. A short and quick read that made me wanting more from this author. 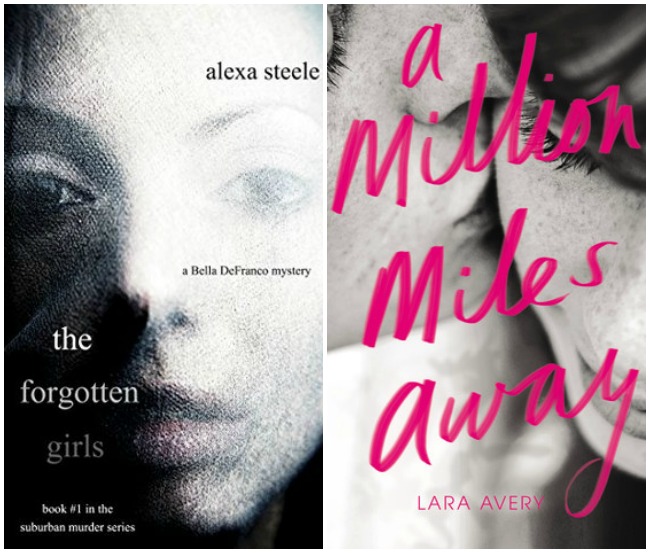 The Forgotten Girls – I am not sure what I was expecting from the book but it totally was not what I imagined. It reminded me of Real Housewives of the OC, mixed with a Wes Craven horror movie. The elite town of Greenvale has an addiction problem with Adderall and the competitiveness of college admissions. Bella is a top detective and she has been paired with Mack who has been sidelined for his own addictions but is now getting a second chance, to find out why girls are dying in that town. The connection to a now defunct psych institution brings a horrific twist into the motives of a psychopath. I am glad this was the first in the series and looking forward to the next in the series.

** A Million Miles Away – Peter is the boyfriend of Michelle, Kelsey’s twin sister and when she dies in an accident Peter is already overseas in Afghanistan serving in the military. Kelsey in her grief can’t bare to tell him about her death. Instead she strikes up a relationship with him that changes her world. I felt a visceral pain in the telling of the story and while some of Kelsey’s choices were selfish they were at times to protect others, and at times to protect herself. I really enjoyed seeing Kelsey grow and find herself.

** Trust No One –  I really struggled with this book. The beginning was really good and I really like the premise of a crime author who develops Alzheimer and starts to doubt whether his novel was based on memory or just his imagination. Each time he escapes from his nursing home a new woman is found dead. The ending really picked up but I was able to guess some of it, which was a little disappointing. I started to just want it to be over which is why I could only give it three stars.

The Wrong Man –  I listened to this as an audiobook and I feel like i would have liked it more had I read it. I lost some of the storyline and some of the pace of the story. Kit ends up having a one night stand with a guy she meets on vacation. He happens to live in her city and once she returns he ends up wanting to reconnect, the problem is when she shows up to his apartment it isn’t the same man, and just a short while later he ends up dead. She is followed and her life is turned upside down, and the only way to get her life back is to find the man from her vacation.

**The Escape – The sheriff’s daughter Avery comes upon a boy from school covered in blood, she was a part of the search party to find the two boys who went missing after a hike in the woods. Fletcher, was beaten and covered in blood. He is visibly shaken and scared. His friend Adam is found dead just a day later. The mystery of finding out who did it, makes it tough when Fletcher can only remember snippets from his days in the woods. Avery is determined to help Fletcher remember what happened. I would have given this 4 stars but the end was a little predictable.

** The Good Neighbor –  In a quiet cul-de-sac nothing is as is seems. Sarah is woken in the middle of the night and her life is never the same again. Amid her new life she realizes her friends held secrets big enough to destroy her, the girl across the street was a thief, and even her husband just might not be what he seems. The ending left a few questions which bothered me a bit but otherwise it was a quick read, and kept me engaged. 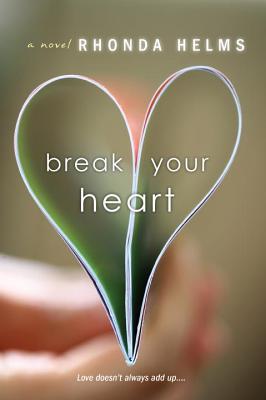 ** Break Your Heart – This was an average teacher student romance. It was college aged so I figured I would be okay with this story line. Consenting adults making a choice, so long as the teacher didn’t abuse his power right? Wrong. The whole brooding, clandestine meetings, and such just made me lose interest. The teacher’s character was so underdeveloped I didn’t get a sense of him or his motives. It could have been so much better with some depth.