I am not sure if I have told the whole story on how I came to adopt Seamus, it will have to wait for another day (it’s a little long at least when I tell it). The important parts –

1. I volunteered at a local Animal Shelter for two years (I miss it so much)
2. Seamus was running around the shelter for 4 days before the cops and animal control could catch him (I experienced this escape trick 4 times since I’ve had him – never lasts more than 20 minutes – he gets tired and lets me catch him). He also really hates strangers but if he knows you for ten minutes he loves you or tolerates you!
3. On the night of my shift – a co-volunteer pulled me into a room to tell me he was to be placed in a Foster to adopt situation. I think she knew I was going to lose my cool! She was right.
4. I bawled my eyes out. Like all night. I took him to “our” patch of grass where I hugged him and cried. I had been thinking of ways I could keep him (my apt didn’t allow dogs).
5. Over some alcohol and Mexican food with the other volunteers, I vowed if the Foster to adopt didn’t work out I would find a way to take him.
6. He was returned after one and a half days!!! I have had him now for 7 years!! I was never that attached to another dog at the shelter, sometimes you just know.

With a recent scare of him getting a UTI, to what I found out later was due to Chicken Jerky made in China that has been recalled, I threw out his treats and decided to make my own. I don’t know why I didn’t think of this sooner.

The recipes I found on Pinterest were all pretty easy and ingredients I already had in the house. The peace of mind for making them myself outweighs the 20 minutes it took to make the treats. For the original Pin click here.

*NOTE: Some dogs can have wheat allergies so use gluten free and always watch your dog when switching up their food to make sure there is not a negative reaction. Scratching or scabs are just some symptoms. 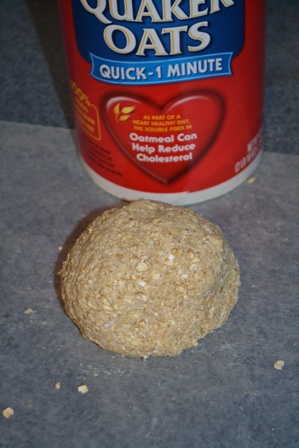 Knead dough for about 3 minutes. Let stand for about 3 minutes to begin to become firmer. (The originally recipe called out rolling it out on wax paper – DO NOT DO THIS!! The wax stuck to the ingredients and I had a hard time trying to get it all off) 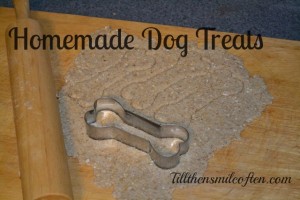 Press to ½-inch thickness.  Cut with cutter (I already had a dog bone shape from a Xmas gift) and place onto a parchment paper lined baking sheet.

Bake for 20 minutes. Remove from oven and allow to cool completely.  Store in an airtight container for use or store in a Ziploc bag in the freezer for later thawing and use. This recipe made about 10-12 large-sized bones. A must try for your canine babies! I love that you can make a large batch and freeze for later. 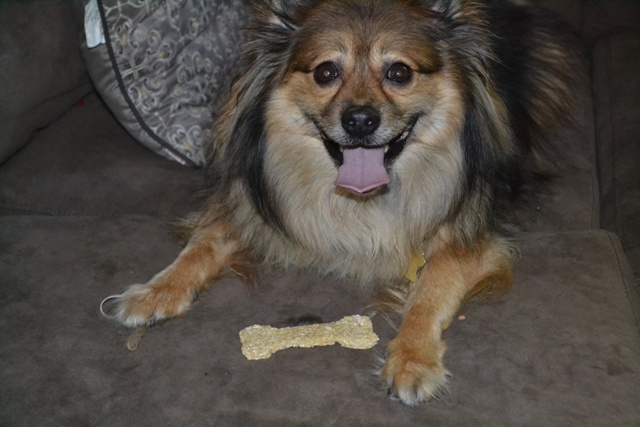 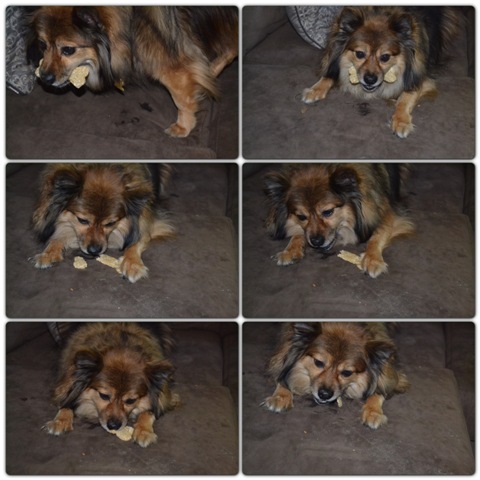 I also tried this pin for Sweet Potato jerky and he liked it. The bad part is it took 3 hours or more to make it and the next day the jerky was semi-soft again. I most likely will not make again. Again he liked it, just to time consuming and didn’t last long. Maybe if I had a dehydrator it would be less work. Hoping to try a few more soon!

Now head on over to our two co-hosts Steph and Katie. Be sure to check out all the other pin inspired projects completed by clicking below.