When I asked a few co-workers what they wanted me to bring for the Department Potluck I got an immediate answer of Wings!! Since I don’t eat meat on the bone (yes, I am a freak)  I am not sure what the heck was going through my head when I agreed to make them.  I may just become a vegetarian, just kidding. I scoured Pinterest for some ideas and I chose this one even though I was hoping for a crockpot recipe. I quickly realized after reading some of the comments on the other recipes, you just don’t get that same greasy BBQ, stuck to your face, need a wet wipe kinda wing without baking it a bit. 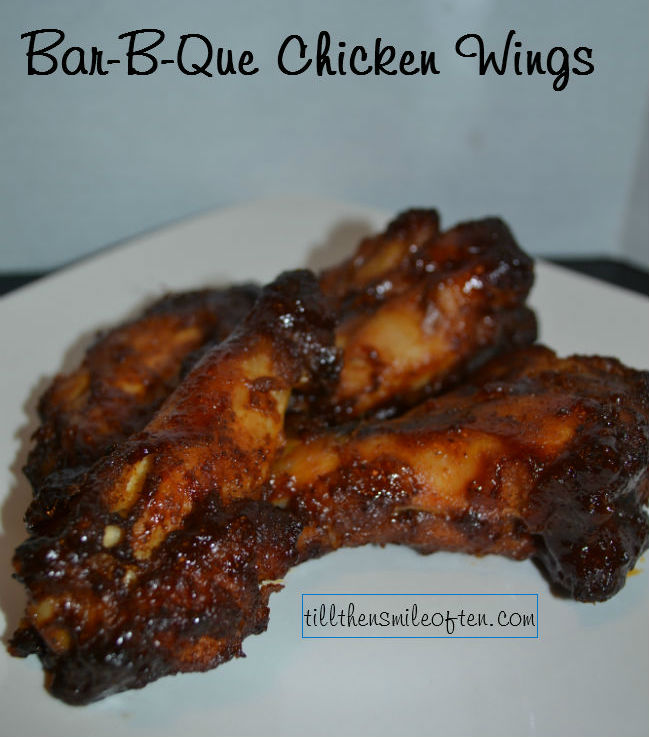 Directions: Pre-heat oven to 325 degrees. The winglettes I bought already came chopped up but if not cut up wings into the flat and the drumstick sections. Discard the pointy part of the wing. Place chicken you are using in a large bowl.

Mix the seasonings together in a small bowl and then sprinkle over wings, toss to combine. I personally decided not to use salt and pepper because I felt the other seasonings were enough and the BBQ sauce added enough flavor. If using salt be careful to not over do the salt. 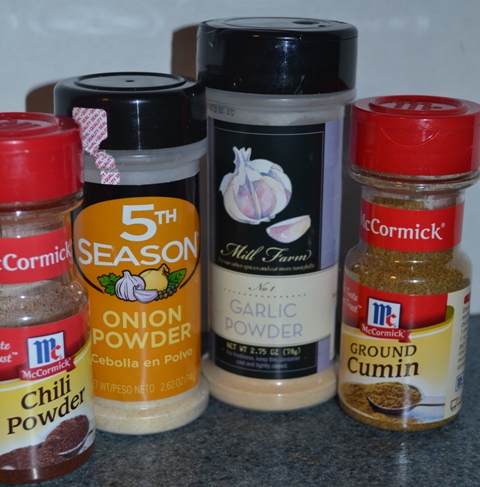 After the seasoning is evenly over the wings place them on a greased (light spray of Pam) baking sheet in a single layer. NOTE: The juice from the chicken will help to coat the pan but I found it wasn’t enough after the first batch. 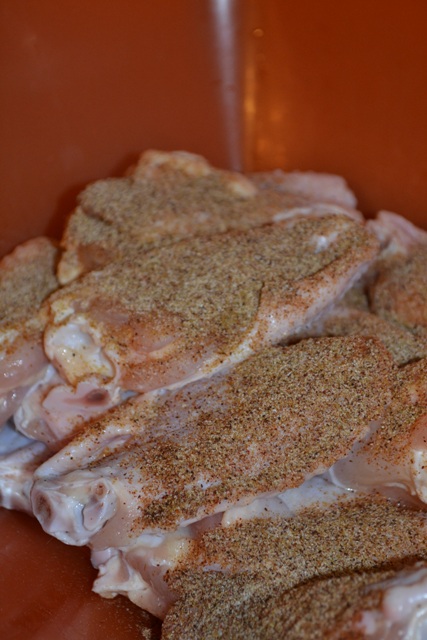 Cook the wings uncovered in the oven for 30 minutes. Turn the wings with a tongs and return to oven for another 30 minutes. Coat wings with your favorite BBQ sauce (Sweet Baby Ray’s Honey Barbeque is really the best I have ever tasted, but use what you like) and place back in oven for 30 more minutes. Since I was taking these to work I wanted to finish these off in a crockpot so it was easier to transport. If not transferring to a crockpot, turn wings with a tongs and coat this side with more sauce, place in oven for a last round of 30 minutes. These came out with an ooey gooey layer of BBQ sauce just like I wanted. The chicken easily fell off the bones and was delicious! 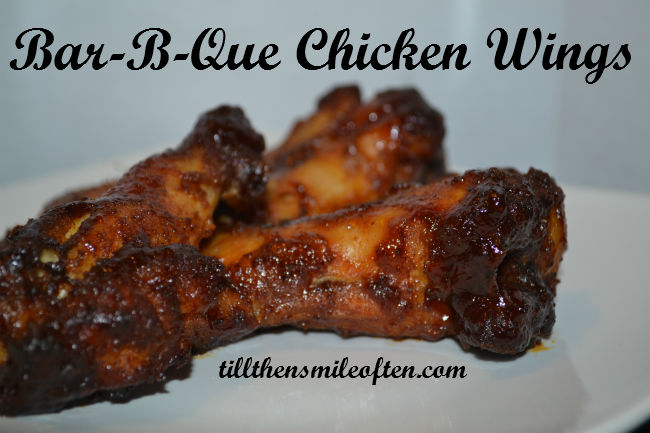 Do you have a favorite Wing recipe?

Have you ever made your own Wings?