Poor Seamus like to rub himself all over dead things. Yup he picks a spot in the grass and goes rolly polly all over it. It maybe a worm or berries or squirrel droppings who knows, but he was smelling terrible. So giving him a bath was a necessity. He doesn’t mind getting into the bath but he does get bored after awhile. 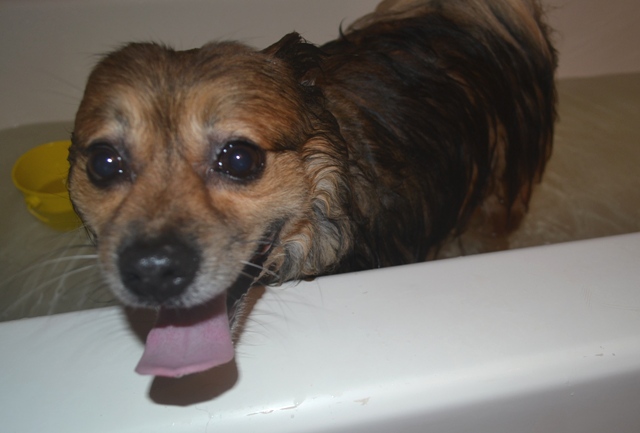 He looks like such a different dog without all that puffy fur!! Still a cutie pie though. 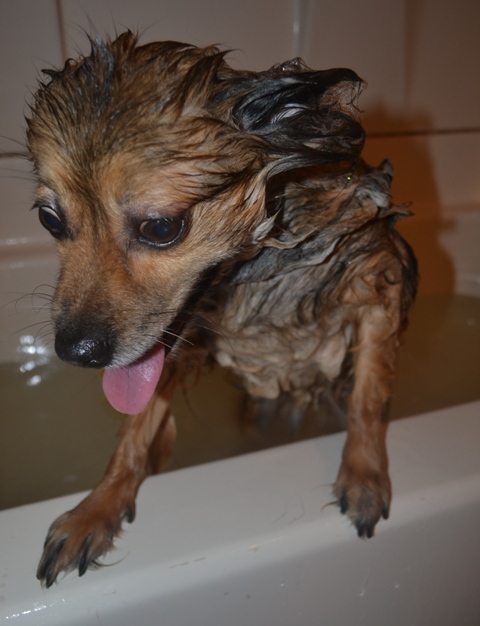 This was the point where he was all done and wanted out of the tub!

It was also time for a new phone. I finally went to the dark side and got an iPhone 5. I have always loved the droids but mostly for the keyboards. I tried a Samsung once but returned it after 2 days because of how much backspacing and typos there were with the screen typing. Well it seems they are all getting rid of the keyboard so since I have an iPad, iPod Touch and the Nano and shuffle I figured might as well make the switch. 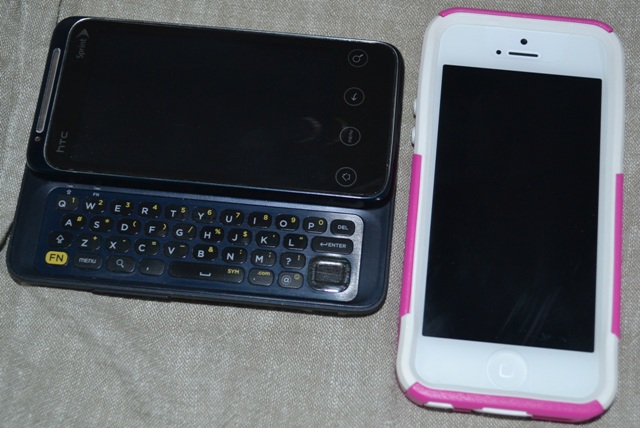 Since I picked out a color for my bathroom remodel I went shopping for some accessories and a new shower curtain. I have a 4 day weekend next weekend so I am hoping to get the painting at least completed. I still need to find some floating shelves and a few more touches but this was a good start.  This was all found at Home Goods. 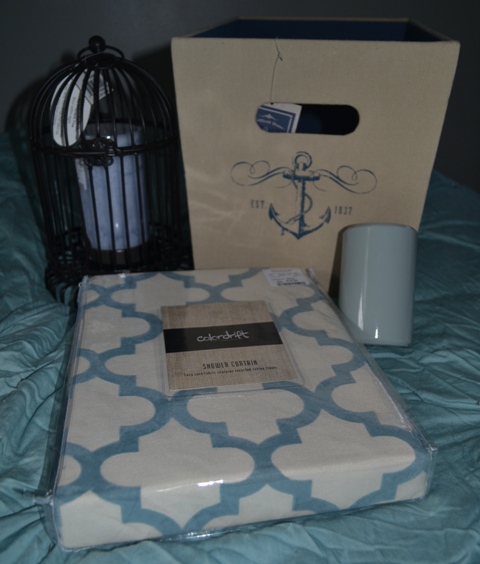 Sunday I woke up and did some work while watching Sleepless in Seattle. Such a great movie. Then it was all about yard work. My neighbor is kind enough to let his bushes grow over the fence so I spent the morning cutting them back. Thank you, kind sir!

I had to mow the lawn and pull some weeds in my front flower bed. After the yard was done it was time for a quick shower and grocery shopping. Once Seamus grabbing me all over the neighborhood I relaxed to a few episodes of Real Housewives of the OC I worked on updating my About Me page. Head on over and tell me what you think.