Every year I look forward to girls weekend. It is never long enough but it is always a blast and just good to get together with the girls. Every year we pick a town in the New England area to explore and this year we chose Providence Rhode Island.

We met up in the old neighborhood where we grew up, with one house separating our parents houses. I dropped off Seamus and walked over, where we of course had to take a Selfie before taking off.

We hit the road and made it into Providence within the hour. Talking and catching up with each other along the way. We headed first to Federal Hill downtown for some lunch and cocktails. This part of town is very Italian dominated and we made friends with the old timers that were sitting on the corner. The restaurant we decided on was Costantino’s and the drinks were amazing! We started with an Eggplant Parmesan appetizer and then shared the Margarita Pizza and the Quattro Formaggi (Gorganzola, Mozzarella and Ricotta) pizza. 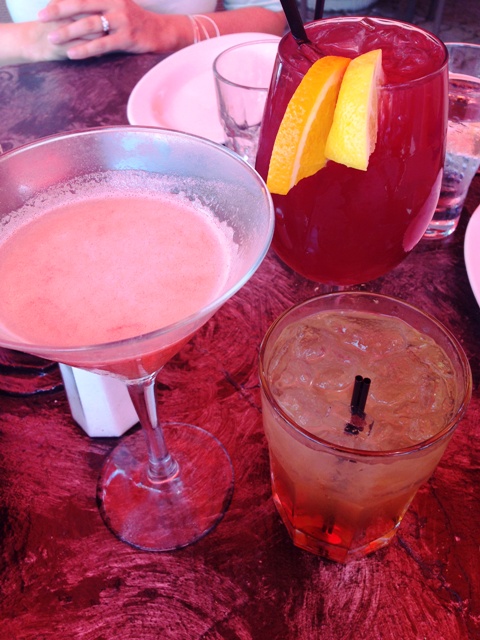 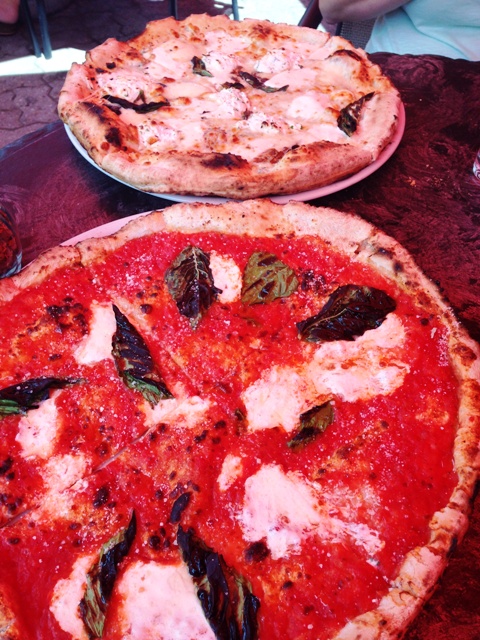 The fountain in the center of all the restaurants. 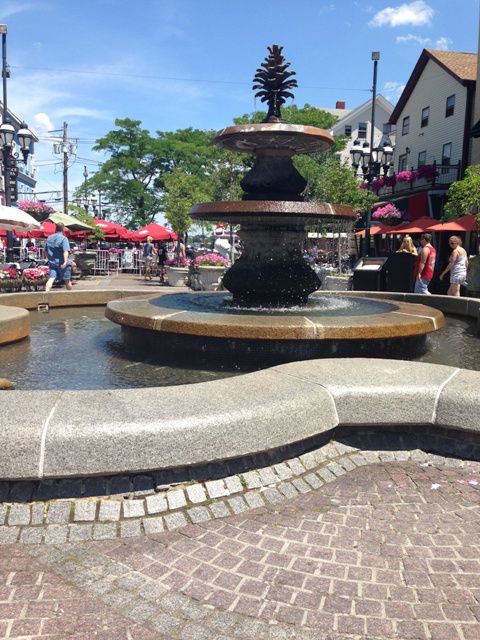 We then headed to the Providence Place Mall to do some shopping. I tried to be good so I only got a pair of shoes and some candles from Bath and Body Works. We stopped for some frozen yogurt and before we knew it, it was 5 pm and we hadn’t checked into the hotel yet. So we headed there and rested for a bit. We then headed back to walk around the waterfront and the marketplace where we saw a live statue.

My friend Lynn found the most perfect bracelet that I just had to pick up.

We walked through the wall of hope which was created as a memorial for September 11th and created by residents of Rhode Island. 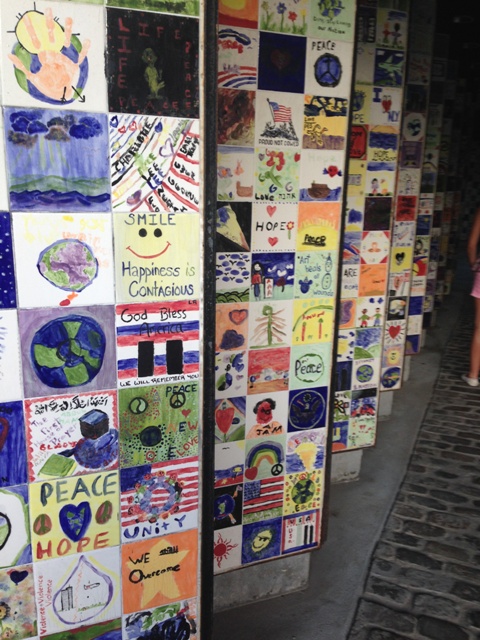 We found a great spot to stop at while waiting for the fires to be lit. 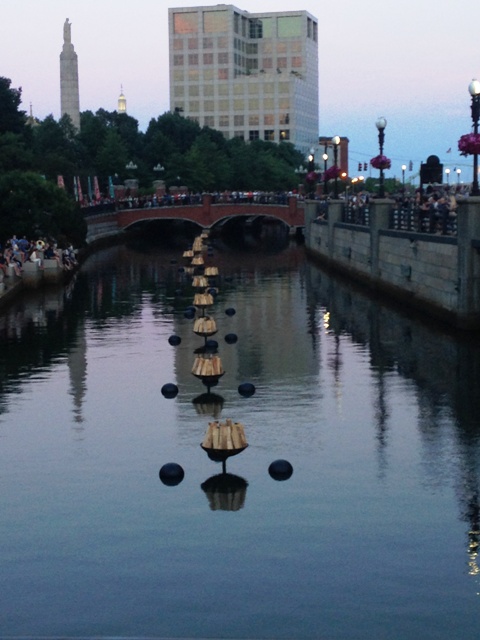 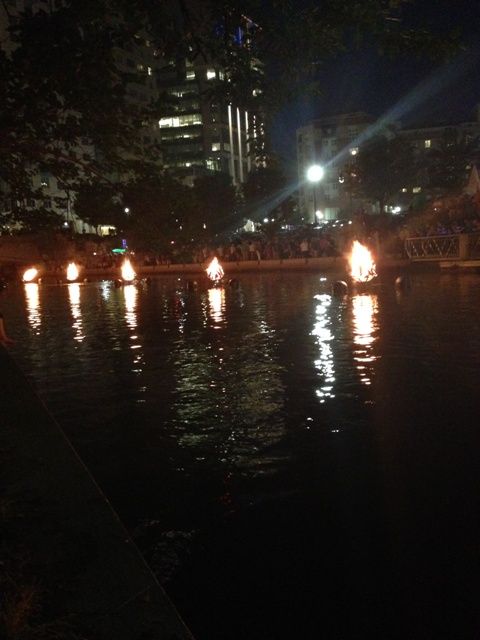 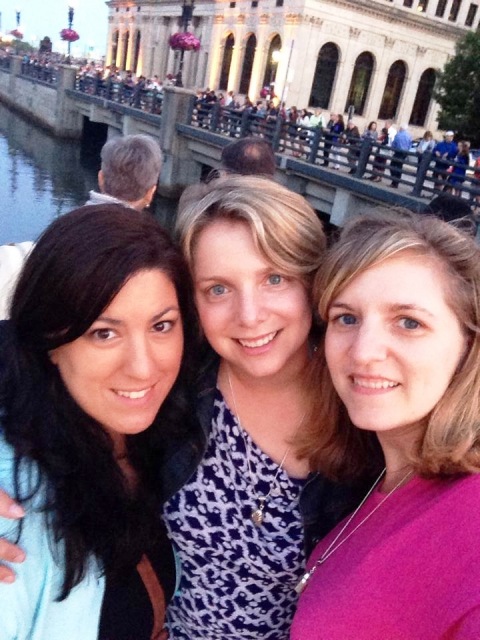 After a few hours we headed to a late dinner at Bar Louie that had a little bit of a wait. There was an older couple that was trying to push their way into the patio where others were waiting and when my friend told her there was a line she muttered “B$tch” under her breath. I may have said “You are a little too old to be using that kind of language” to which she then stormed out. No one messes with my girls!

We finally got seated but our waitress was a little overwhelmed and we started to chat with the other couple who was waiting for a table. We ended up talking so much they pulled their table over. They were celebrating their 51st anniversary. They were so amazingly funny, and charming. I didn’t take any pictures of our food since we were so engrossed in conversation, but it was really good. We ended up just getting a bunch of appetizers to share. We did share a chocolate cake though. 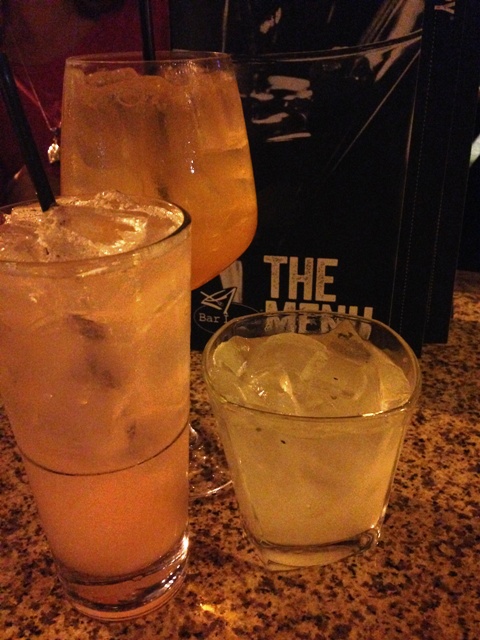 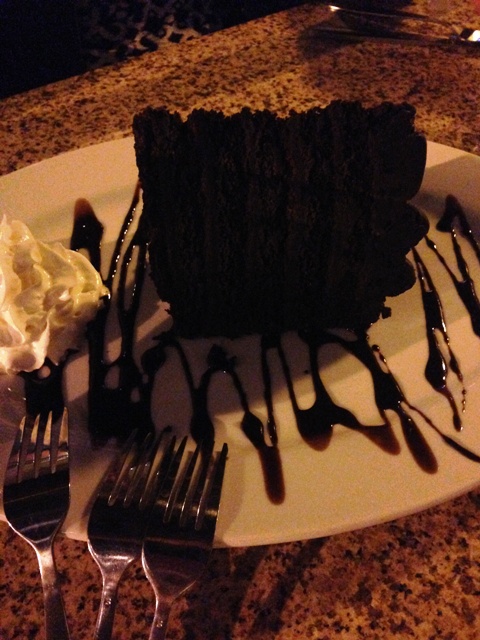 It was really late so we headed back to the hotel to sleep.

Sunday meant it was time to head home so after packing up we did our tradition of going to a diner for breakfast. Leaving Providence we went over this bridge for the last time. 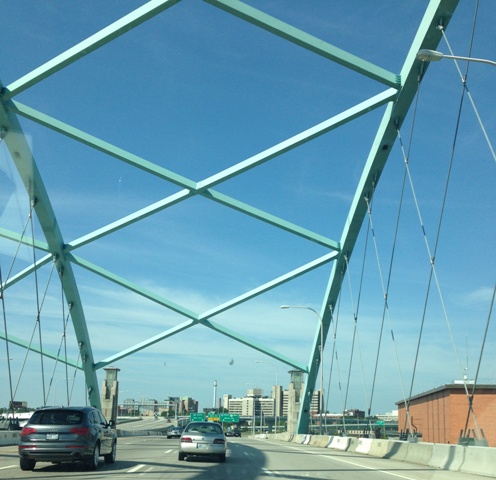 The Modern Diner in Pawtucket was really busy but the food was delicious. 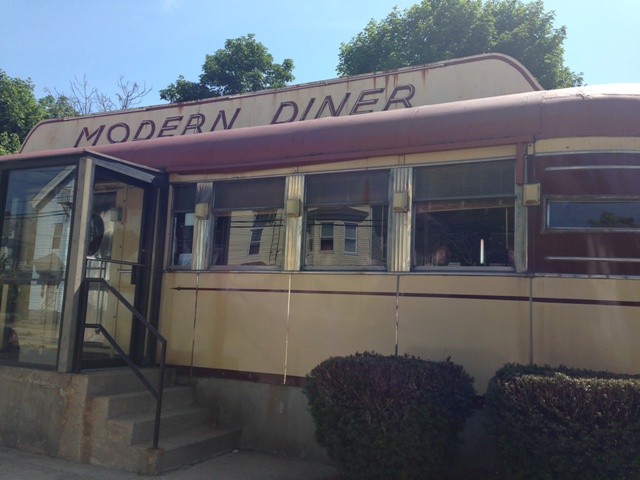 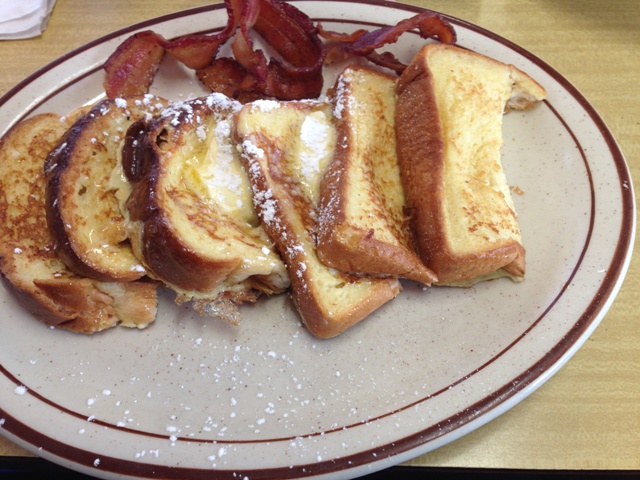 After breakfast we headed back home, I picked up Seamus and home I went. It was just after noon when I got home so I went grocery shopping, mowed my lawn and cleaned up some of my lawn. I then sat outside with Seamus for a few hours while I read my book. 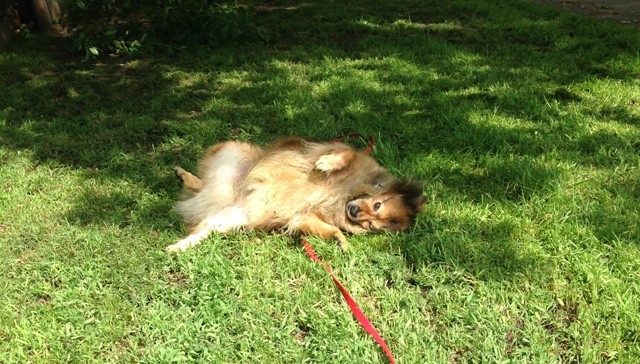 The rest of the night was relaxing and making up a new recipe I will share tomorrow.

Linking up with Leeann from Join the Gossip and Biana from B Loved Boston.