Well I am still plugging along on my two book challenges. For the full lists see here and here. I am close to being done and most of the books are already checked out of the library so I just need to finish them. So far I haven’t switched any of my books out which was a surprise.

Hopefully you find a book or two you want to read too. Just remember books that connect with me may not connect with you and that is okay, as long as you are reading!

** – Item was received from the publisher via NetGalley in exchange for an honest review. I pull no punches though, so all opinions are my own.

NOTE: I may not care for a book or I may love a book and my reactions are based on my experiences and tastes. Please don’t let my opinions deter you if a book really intrigues you, and know all opinions are my own. 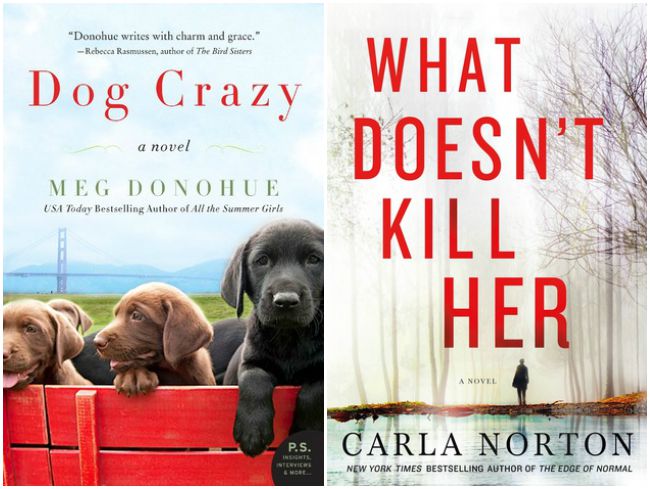 Dog Crazy: A Novel of Love Lost and Found – While this book is about a pet bereavement counselor who loses herself when she loses her pet, moves to a new city and starts over it is more about her recovery with the help of her friends dog in order to help a girl try and find her dog. Anya believes her dog was stolen and Maggie is determined she can help her move on. She helps her search daily not knowing how much it helps her. This story is not about loss it’s about the love of friends, family, and the healing powers of dogs.

** What Doesn’t Kill Her –  This book just floored me, it was fast paced and it was intense. Flint kidnapped a young Reggie and held her captive for 4 years, she was saved only when an accident with her in the trunk left Flint in a mental hospital with a brain injury. He has been plotting ever since on how he can get out and capture her once again. He evades escape and leaves a trail of bodies. Reeve once known as Reggie teams up with the retired FBI agent who once worked her case. This is a series so I will be sure looking for the next book. 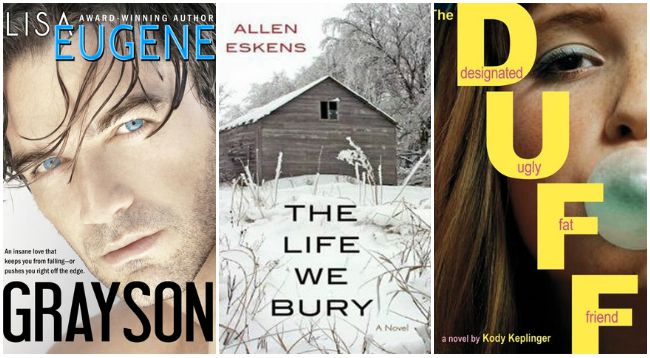 ** Grayson – This was a book that focusing on Angie who is a nursing student and takes a job at a house cleaning out the clutter. While her boss tells her not to go upstairs she does after a cup of coffee is left for her daily. She also gets rescued from Grayson and wants to thank him. She pulls him out of his self-imposed exhile catching glimpses of his smile. Grayson warns her away and is honest about his schizophrenia. She still finds herself falling for him.

This was a interesting romance story and shed light a little on schizophrenia. I liked the connection between the two and how they complemented each other. It was graphic so not for the squimish but I think it was within context.

The Life We Bury – Thirty years is a long time to spend in prison for a crime you didn’t commit. Carl Iverson now faces his final days and weeks in a hospital with Cancer, he decides to tell Joe his story as his dying declaration. In doing so these two are tied together in telling the true story of a young girl brutally murdered. All is never as it seems. A twisting tale that kept me interesting right to the end.

The Duff : Designated Ugly Fat Friend – I thought this was going to be a light and fluffy YA book and boy was I wrong. The feelings that Bianca felt being the “ugly duckling” to her beautiful friends, her Mother being absent and the problems that causes were visceral. When Wesley the good looking jock keeps pushing her buttons she pushes back by kissing him. When they get paired together for a school assignment they begin an affair out of hate, well at least for Bianca. Wesley has his own issues that he masks with humor and a bad reputation to keep people at a distance.

I really liked the overall message aside from the promiscuity of teenagers. I decided to watch the movie after finishing the book and I have to say don’t even bother. It is nothing like the book, the only thing that was the same was the two characters but everything in between was changed. Total crap. 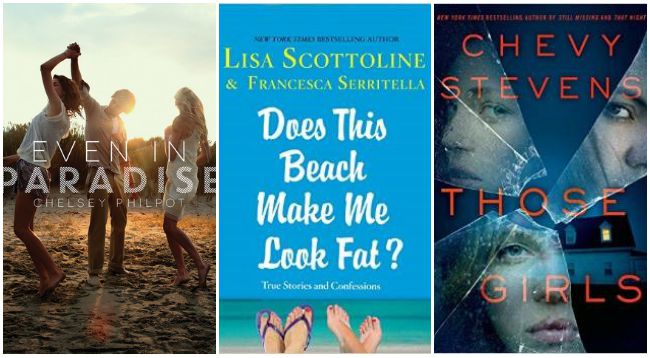 ** Even in Paradise – There are always moments that can break you, and Julia is broken. Her friendship with Charlotte or Charlie is what helps her heal even for just a moment. Charlie is just your average person who is surprised when the great Julia Buchanan befriends her. It becomes even more surreal when her wealthy family takes her in too. The lure of the summer home, the parties, the dresses is all consuming. It doesn’t hide that the family is still reeling from a loss of one of their own.

The loss of Julia’s sister is hidden away. While there was no major arc to the story I felt it showed how life ebbs and flows. That sometimes life moves in directions you don’t want it to go in, and sometimes you have to grow up and make decisions that are hard.

** Does This Beach Make Me Look Fat?  – This book read like you were a best friend having coffee. The stories were light and fun for the most part. A mother daughter duo and you can see the similarities. The stories were short and not in any particular order.

** Those Girls – I went back and forth between 4 and 5 stars and decided on 4 because of how much it wrecked me. This is so much pain and destruction in the book and while there is some healing I just wanted it all the end. Not the story but the absolute evil. The three sister first run away from home after their father attacks them during a drunken rage. They run into some trouble on the way and the girls never really catch a break. I devoured this book mostly because I wanted to know what happened to them.

**Disclaimer – It is graphic and does detail brutal events. Not for the faint of heart or those who have experienced trauma personally. 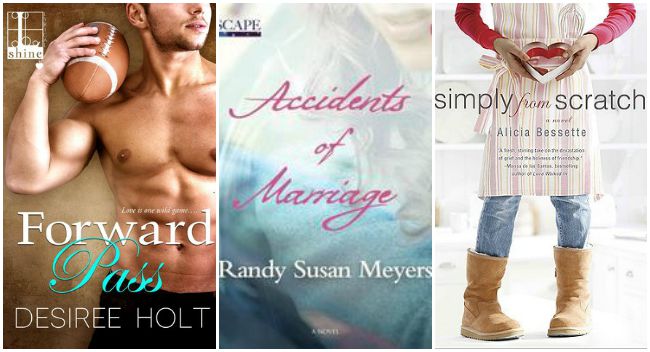 **  Forward Pass – Shay carried a torch for her brother’s best friend Joe. Joe has a hard time shaking his play boy image but when he ends up sharing the house of his best friends little sister he wishes his reputation didn’t follow him everywhere. This is lot of miscommunication in the story and at times was a little over the top. Overall a cute story though.

Accidents of Marriage – This was an audiobook I listened to while working out so it might have lost some punch since it took me almost 2 weeks to finish it. Maddy was a social worker married to the passionate Ben, a lawyer who had passion and drive. She soon learns that the passion can quickly turn to rage. His outburst become more frequent and she finds herself trying to calm the rage. One fateful day an accident lands Maddy in the hospital struggling to perform the easiest of tasks after being in a coma. She leans on Ben to help her through even though her family directs their rage at Ben. Was it’s Ben’s road rage that caused the accident? An in depth at the complexity of marriage and relationships. The family member instigated a lot of drama which really started to annoy me and made it a less enjoyable read for me.

Simply From Scratch – I loved that the author was from New England because there was a lot of references to some places I knew. Zell lost her husband during a Katrina relief mission and just hasn’t recovered. She decides to start baking and almost burns her house down. Her next door neighbor’s daughter offers to help her bake and enter a contest. The relationships are the focus of this book with a little romance sprinkled in.

The Underwriting – This book is heavy in the Wall Street lingo. It does provide a behind the scenes look into what it takes to get a company to go public. A lot of money is at stake, and the back stabbing, double dealing, and last minute saves are needed. A new dating app similar to Tinder is set to go public, a shift in CEO’s threatens to kill the deal, also the death of a girl who used the app the night of her death. The inner workings of the financial stuff was a little boring at times but it was interesting, and the ending shocked me.

** Miss Match This story had all the makings of a good story. Woman down on her luck after being fired from a job after telling her slimy boss no to his advances. Blake is in need of a wife to hang on his arm he is too busy heading up his company so he hires a matchmaker. Andrea applies for the job and her fiesty nature intrigues Blake. There were a few parts I really didn’t like about the book, that could have landed Blake in jail and a ton of miscommunication. I know part was to push the story along so I left it as average. The chemistry was good though.