"/> Till Then Smile Often
When I was brainstorming ideas for recipes I wanted to try I originally thought of doing artichokes with a pear puree garnish. This would probably be delish too. Though consider yourselves luck that I had a light bulb moment and went with Pork instead. I feel like I have been doing a lot of veggie side dishes lately and wanted to do more of an entrée dish.
After scouring the internet for some pork and pear puree recipes I found a few worth trying. For the Pork Tenderloin I went with a Pan Seared option. This basically means browning all the sides in a pan which locks in the juices, then baking in the oven.  I followed the recipe for the Pork Tenderloin found on Pinterest here.
Pork Tenderloin Ingredients Needed: Pork tenderloin ~zest of one orange ~1/2 tsp sea salt (or regular salt) ~½ tsp freshly cracked black pepper ~ 1 tbsp fresh sage, finely chopped and 1 tbsp fresh rosemary, finely chopped (I didn’t use fresh, I used whatever was in my spice rack and it came out fine)
Directions: Mix salt, pepper, sage, rosemary and orange zest in a small bowl. Cover your pork tenderloin with this rub then place it in a large resealable plastic bag or wrap it in plastic wrap and refrigerate for at least 6 hours. 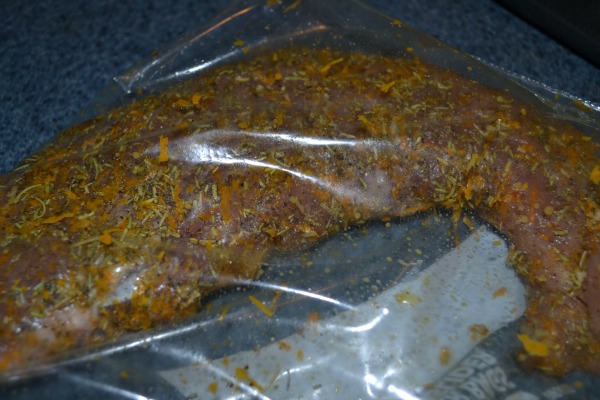 Pre-heat your oven at 375F.  Add about a teaspoon of olive oil at the bottom of a large non stick pan and heat it over medium-high heat.  When pan is real good and hot, add your pork tenderloin and leave it to sear for 2-3 minutes until a nice golden crust forms, then flip it around and repeat with all four sides.

Transfer your tenderloin to a shallow oven safe dish, cover loosely with foil and cook until internal temperature reaches 145F (about 20-25 minutes) I went with 25 minutes as I tend to like my meat well done. I don’t like to see pink when eating meat. 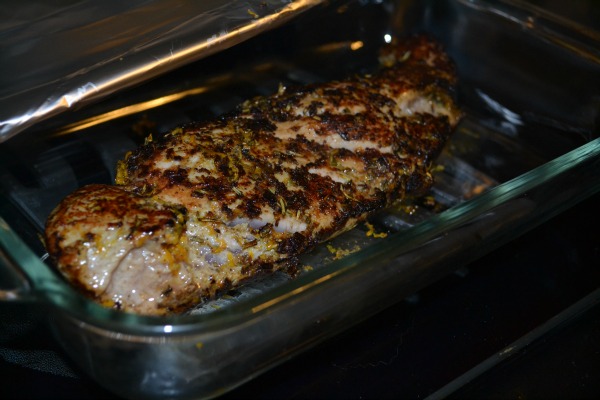 Let it rest for about 10 minutes with the foil off, then slice and serve.For the Pear puree I used this recipe.

Roast pears 30 minutes. Turn pears to coat with juices and roast until very tender, about 35 minutes longer. Transfer pears and caramelized liquids to food processor; blend until smooth. (Pear puree can be made 2 days ahead. Cover and refrigerate.) 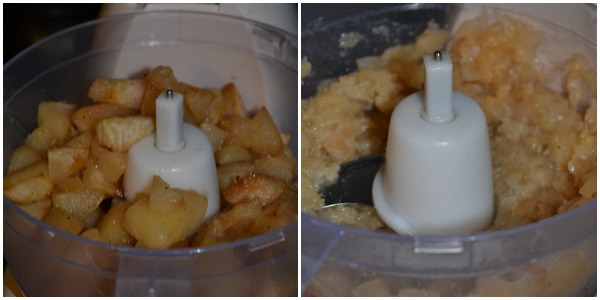 Now I wouldn’t necessary make this on a weekly basis but if I was looking to impress someone I would make this recipe!! I felt like I was a contestant on the Iron Chef once it was done. 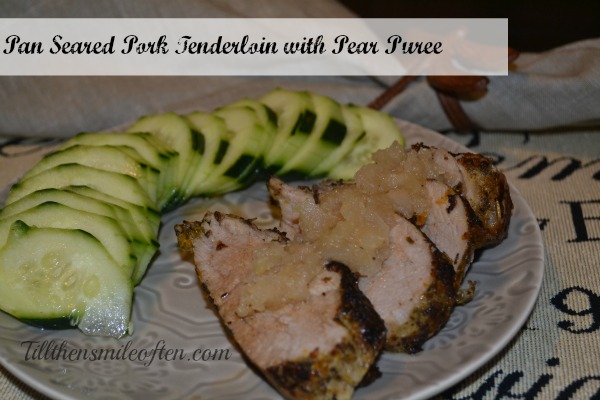 If you’re not a fan of pork this would still be great with chicken. Since the pear puree can be made in advance you can use it on multiple dishes, add it on top of veggies, use as a relish on a burger, or mix it with salsa and garnish a steak.

Can you see yourself making this dish?

What would you do with the leftover pear puree?