Can I just say that this recipe is really easy but it packs a punch! I had a family gathering this weekend and knew this would be a hit. I usually like to make my brownies from scratch but hey the recipe called for a boxed brownie mix so who was I to disagree?! I like the Betty Crocker fudge brownie mix best. For the original recipe click here.

Preheat the oven to 350 F. Spray a 9×9-inch baking pan with non-stick cooking spray.  Prepare the brownie mix according to the directions on the box using the oil, egg, and water. 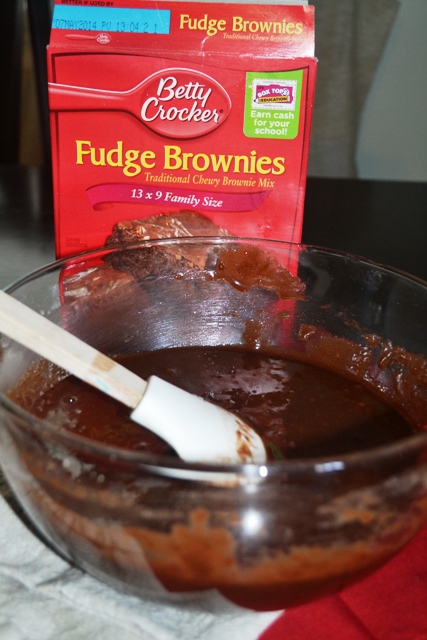 After baking, remove the pan from the oven and set the oven to broil at 500-550 F or High. Cool brownies for about a minute then sprinkle the marshmallows over the warm brownies. Make sure to cover most of the area. 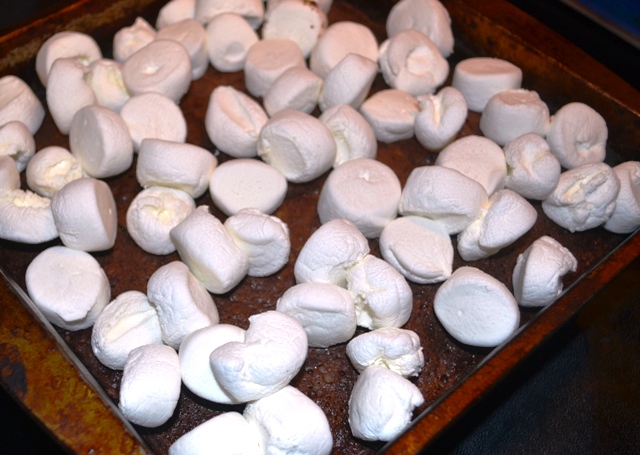 Crumble the crackers by hand then sprinkle the graham crackers on top of the marshmallows. 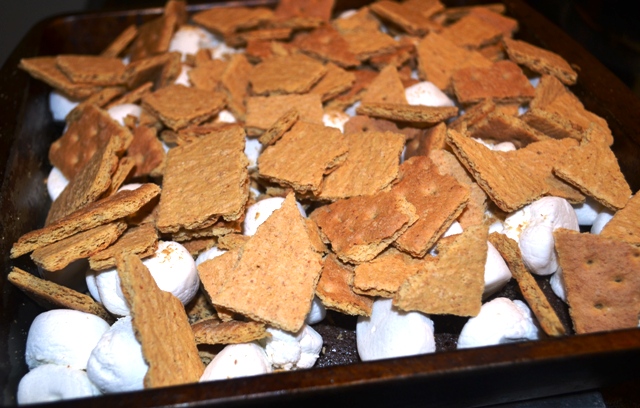 Broil with the rack in the center of the oven for 30 seconds to a minute until the marshmallows are golden brown. Watch carefully so that they don’t burn. Break up the Hershey’s milk chocolate bars into the individual squares and place on top to melt. 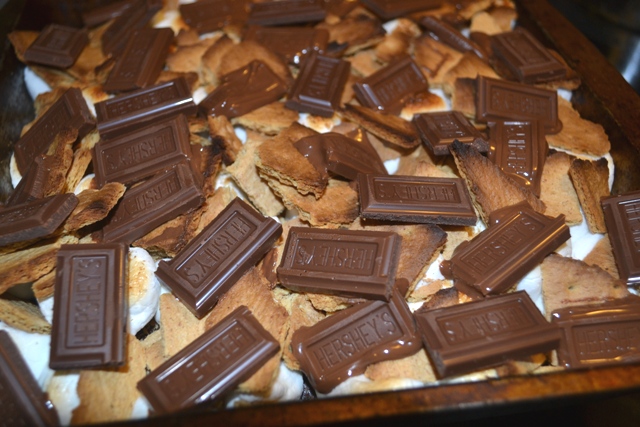