Friday: I had to race home from work to let Seamus out and then get ready for my Office Christmas Party. I was feeling very well though, a little stomach ache. Not sure what is up with my tummy lately. After I got changed and did my hair I left for the party. The COO of the company made a really great speech, he is actually really funny. The food was really good and we had a lot of laughs at our table. I left a little earlier that usually. I usually close the place down, dancing the night away but I still wasn’t feeling good so I left at 10 pm. No pictures were taken. 🙁 Bad blogger.

Saturday: I got up early and Amanda from Voyage of the MeeMee let me know I hit #1 on the up and coming list on Bloglovin for lifestyle blogs. Seriously?! Is this real, pinch me I thought I was dreaming. I am already dropping back down the list so I am glad I documented it. 🙂 It was fun while it lasted.

I then left early for a little shopping at Toys R Us, Target, and grocery shopping. With the snow coming people were buying all the things!!! I never understand it, this is not our first snow storm, it is pretty typical here in Mass but people still go crazy. After a stop at the library I went home. I opened up a package that I received on Friday but didn’t get a chance to open. It was the sweetest gift ever. Kathy from Vodka and Soda sent me a package with lip oils, hand lotion, nail polish, and face and neck cleansing and a homemade card. 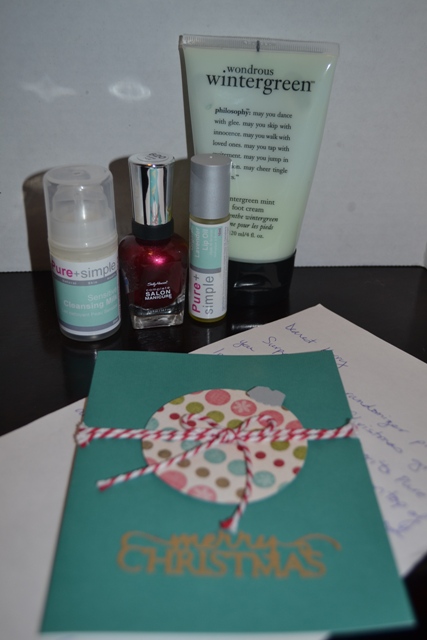 I took Seamus for a walk and then went to another store to pick up a gift for my boss. Then I bunkered down to see how the storm was going to go. I had a birthday party on the South Shore but the snow started at 1pm and the heart of the storm would have been hitting as I was leaving so I decided to stay off the roads. I spent the night knitting (trying to finish a last minute gift), snuggling with Seamus, and watching Christmas movies.

Sunday: When I woke up it was still drizzling but the snow had stop. It snowed about 5 inches with a few inches of ice. I had a hearty breakfast in preparation for shoveling. 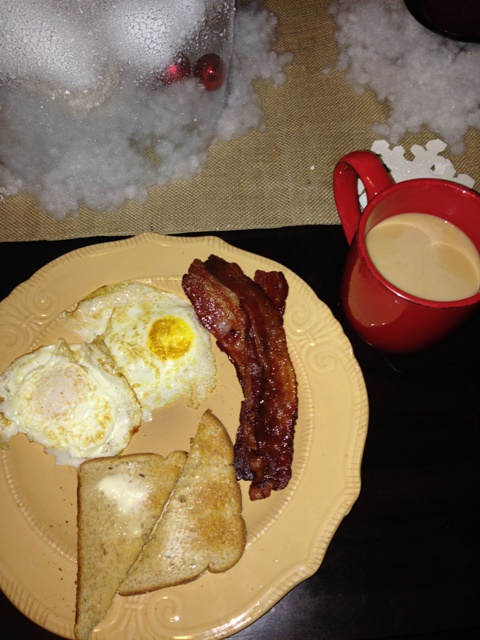 My neighbor who I share the driveway with decided to just drive over the snow and ice. Go figure. Ugh! 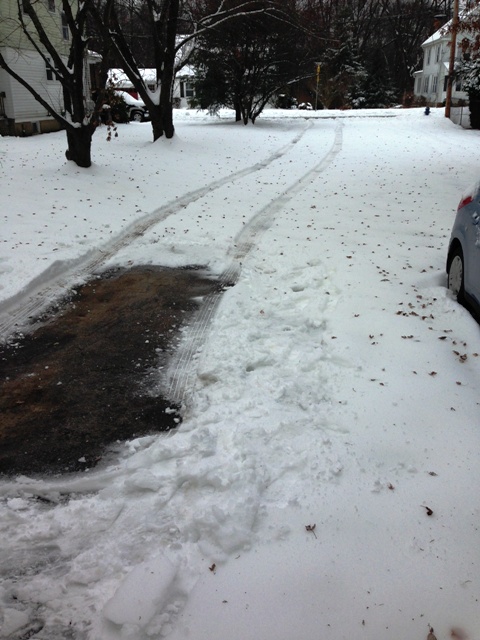 I have an electric snow blower but I think I may need to upgrade soon. It is not heavy duty enough for the type of weather we get. It took me two hours to do my drive which is a really long driveway but still. My Breast Cancer rain boots kept me warm. 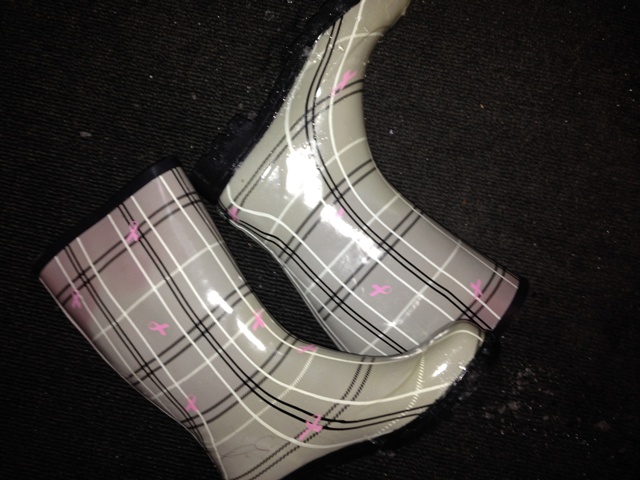 I had to go to Michael’s to pick up another ball of yarn but after I got home I was in for the night. I got a better video of Seamus and his weird grunting and growling. He is a weirdo but oh so cute!

I made some mozzarella stick but they didn’t come out as great as I wanted so I’ll have to keep working on the recipe. I still ate them but not stellar. I then made a few batched of wings for my office yankee swap and potluck tomorrow. 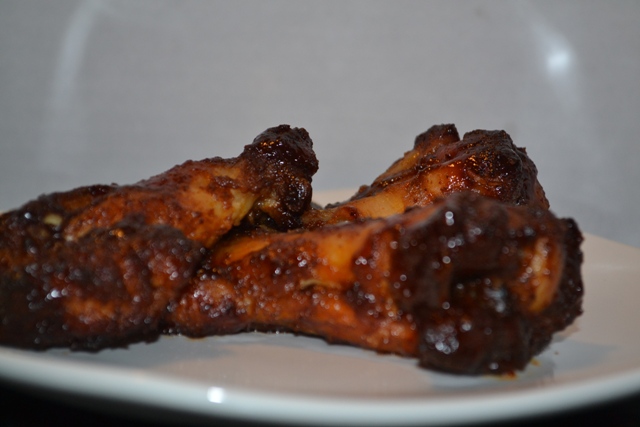 The rest of the night was spent knitting and blogging stuff. Really low key especially since I was expecting this weekend to be really hectic but I will take it while I can.

Don’t forget if you want to participate in my upcoming 1 Year Blogiversary with Jessica from Wonder What’s Next, please fill out this form.  All the details are at the top of the form.

On a side note it was so cold this morning my car wouldn’t start. It did after the third try but that shows you how cold it was overnight.

Linking up with  Leann at Join the Gossip.