Spooky World | Till Then Smile Often

This past weekend I was lucky enough to attend Spooky World as a VIP, thanks to Blog and Tweet Boston. While the tickets were free for me and a guest all opinions are my own. With that being said, I absolutely love Halloween, it is my favorite holiday. I also really love Haunted Houses, the majority of my friends are not fans so I was really excited when Kate said she wanted to go too, and then Emily joined as my guest. Kate’s boyfriend was gracious enough to drive us up to the Litchfield NH location, which is just over the Massachusetts border.

It just so happened to be pouring rain, to which we did get ponchos to help but we still got soaked. It didn’t dull the excitement though. There was a total of five separate houses.

We got a quick peek into the make-up trailer while they were getting ready. They told us they make-up about 300 terrifying spooksters a night. 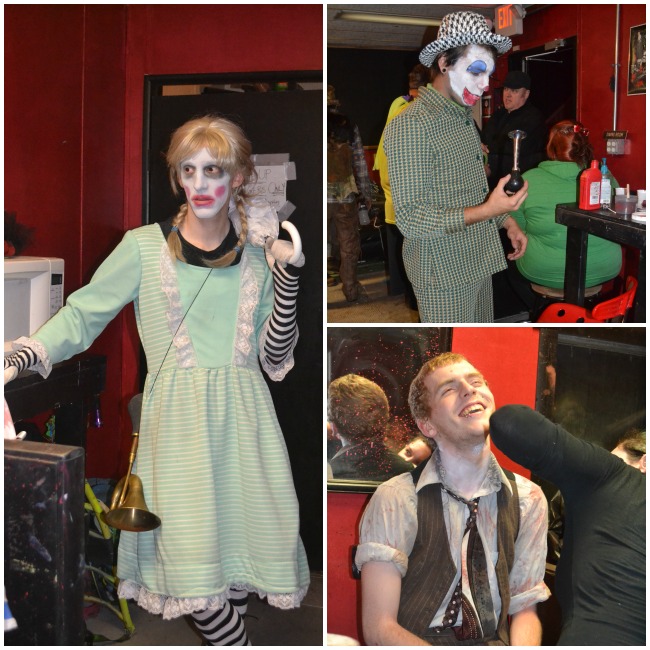 We started off with the Raven’s Claw, since it was closest. We weren’t allowed to get pictures of the inside but let me tell you there are people who jump out, follow you, and say things to you, in the creepiest way possible. 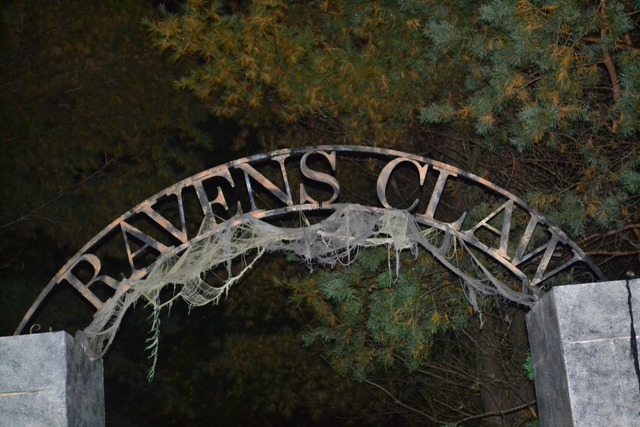 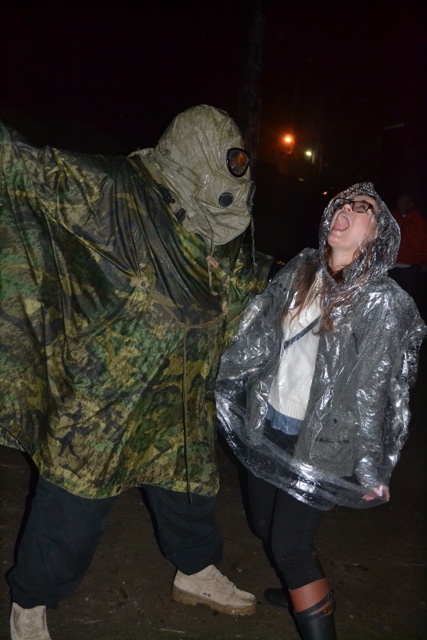 Then on to the Brigham Manor which seemed to be the largest house and really good. The open cadaver on the table at the end was so life like, I had a hard time deciding if some of the “statues” were real or not until they moved. 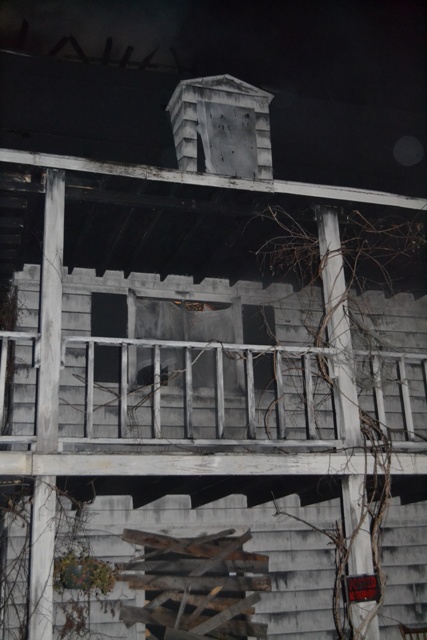 We took a side trip to the food area to sample some of the food, Kate and I got the chicken fingers to which I devoured before getting a picture. I will say though that it was amazing. Seriously the batter was so good, and piping hot. Emily decided to got for the Turkey leg. It was bigger than her head but she was a trooper. This was surrounded by a fire pit and a DJ dance party. 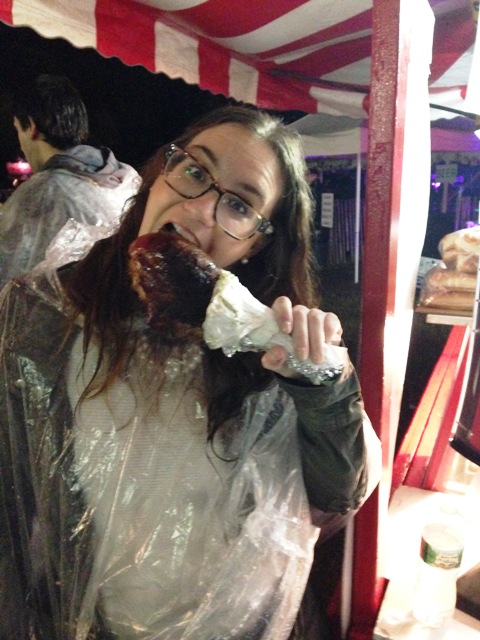 The Colony had to have been my favorite, it seemed to be the longest but we were scared and left laughing too. Outside of Carnage, we bullied the last spookster to take a picture with us. He was such a good sport. 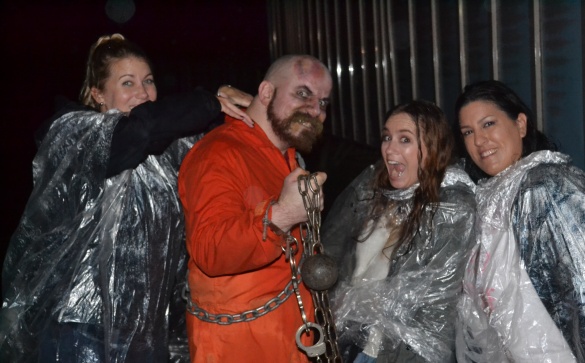 The Freak Show in 3-D, was just that freaky. We put on our 3-D glasses and it was so trippy. Things appeared to jump out at you and move. The last part I don’t want to spoil but it left me disoriented, when I left. It was awesome!! 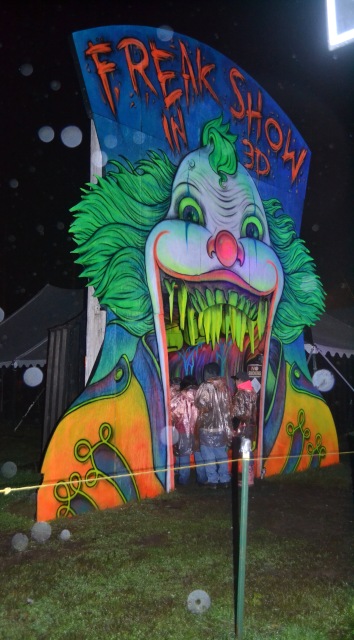 They all agreed to let me hit a few at the batting cages to prove I really can hit the ball. Even in heels I knocked a lot of them, even though it was slow pitched. I grew up playing fast pitched. Oh, the glory days.

Had it not have been raining I would have totally wanted to go through a few of them again or even hanging out at the Fish and Grill restaurant for a few drinks. The Go-Karts were down because of the rain but that and the mini-golf would have been fun. There is also a location in Cranston Rhode Island too if that one is closer to you.

I really recommend going of you are a fan of Haunted Houses, and if you are not just bring someone willing to let you hold their hand! Right Emily?! 😉