Seriously I have no idea what happened this weekend. I had good intentions of just relaxing and reading since it’s been so hectic at work but then I got it into my head to do a big project. Yeah I know I am an idiot.

The project seemed to be more so the universe laughing at me because it was a comedy of errors. Beginning with the rain that came when I tried to pick up my new Miter saw and load the wood, I got soaked. Then I realized when I went to start the project the guy gave me the wrong wood, it should have been 3/4″ and he gave me 1/4″ which wouldn’t support the shelves. Three trips to Lowe’s later and the project still isn’t done. Womp womp.

Luckily I have a four day weekend coming up and can just relax.

My lunch was a bit of laziness but either way it was delicious!

Project somewhat done before I gave up for the weekend.

My oven also wouldn’t hear up so in one of my Lowe’s trips I have to purchase a new oven. I’ll have to wait a week to make bacon. First world problems, I know!

Decided that some hot chocolate and my last book for the Challenge by Erin was in order. 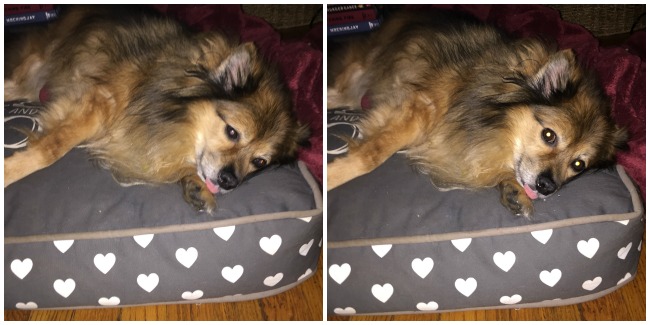 Do you ever have those weekend where it seems everything and nothing got done?