We have entered the promise land. It is mid-week and the weekend is fast approaching. I am very excited for this weekend since i get to spend it with my two best friends. We always have a blast, lots of laughs. I am hosting this time so I may get to finally have some guinea pigs to test out some recipes! 😉 So on to some confessions.

* I have a doctor’s appointment for Seamus on Friday and I am so stressed about it. If you have been reading for awhile you may know that I lost my kitty Jasmine to feline breast cancer and it all started with feeling a lump on her belly. This past week I found a lump on Seamus on his belly and he has been growling when I pet his hind legs and parts of his belly which he never did before. Please keep him in your thoughts. I would be lost without him so hoping it is nothing major but better safe than sorry. Lots of snuggles are needed. 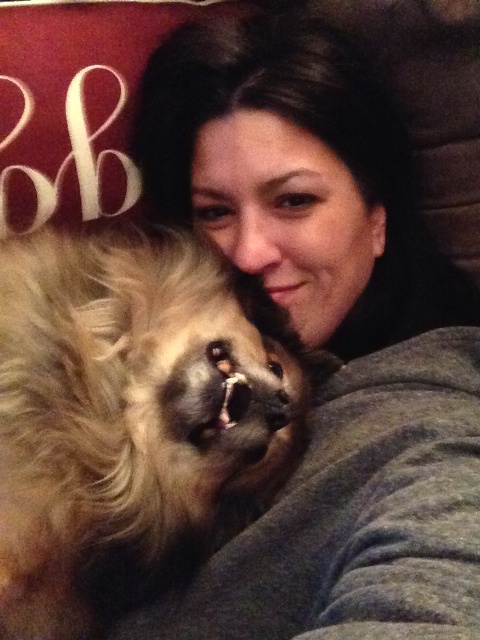 * I have this DIY project that I have been wanting to do for 2-1/2 weeks and I still haven’t done it! I really want to finish it and mail it out. It is a gift for a fellow blogger and I hope she likes it but I have to finish it first!!

* I confess I watch the Bachelor even though I could care less for Juan Pablo. If you saw the episode last night it was kinda hilarious. It was supposed to be dramatic but really it was Andi being a whiny BE-OTCH!!! Basically she broke up with him and then told him everything she hated about him. Don’t say “it’s ok” it’s annoying. Really?! I saw it as him validating that your feeling were valid and yours to make. Being rude is not OK!! Next time walk away with some dignity.

*I have been getting back into my gym routine after missing too many days due to the snow and having to shovel instead. So to get a compliment when I felt like a total slacker was pretty great to hear. I was doing a superset of dumbbell curls and hammer curls with 20 lb dumbbells per arm. Though I have done 35 lbs before I slacked.

* We are supposed to get more snow today and I just might lose my mind. We still have about a foot of snow that still needs to melt. So depressing.

*After everything that happened with my basement flooding and the mold I am extremely paranoid of the air quality in my house. It is totally irrational but I bought an air purifier, vacuumed out my air ducts this weekend and doing a radon test of my basement.

Well that is all I have for you, only so much crazy can be put in one post! Hope this day goes by quickly for you!

Linking up with Kathy from Vodka and Soda for Humpday Confessions and with Liz from Fitness Blondie for the Hump Day Blog Hop.