The season of Fall always brings me so much energy. It seems the summer zaps all my energy but with the cooler temps I finally feel like I can do all the things!!

I have more than a few I want to complete and hopefully the weather stays warm enough that I can work outside. Some are more ambitious than others so I might not get them all done but half the fun is in trying. Right?

I also plan to spend a few weekends whipping up some new recipes and a few of these are giving me some ideas. 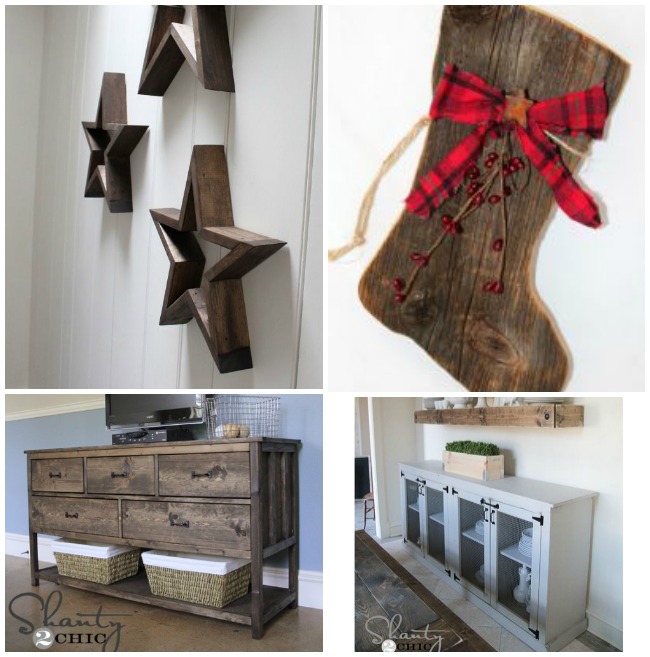 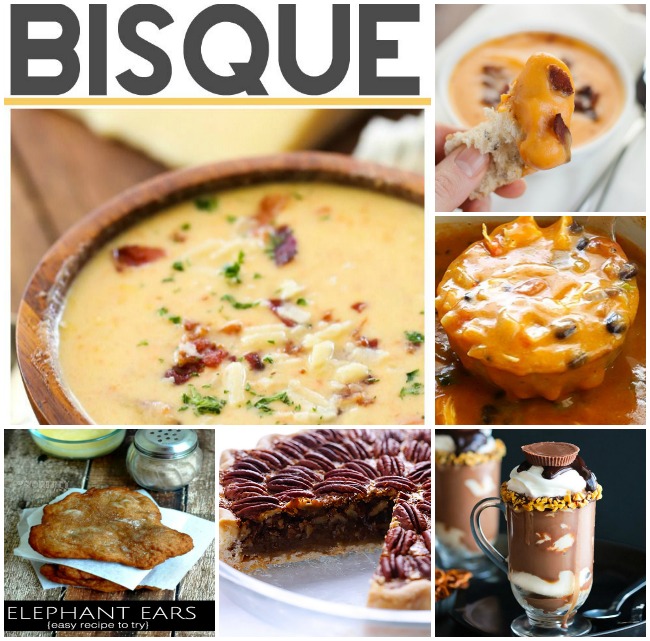 Doing a photo shoot with my nieces for fun

Have a Girls Night Sleepover

Spend a day snuggling or reading on the couch

Any special recipes you want to see here?

Monday is here and I am not going to be sad about it. The weekend was crazy and as much as I would have loved to just sit on the couch all weekend, snuggled in blankets and books I really wanted to check in with my Dad who has been having some health issues. I also dropped off a book I got him last weekend at the used book store. Overall it was a good weekend.

Since I was in the same town I popped over to my brother’s house to see the nieces. It is always tough when I have Seamus but he was good for the most part. He is not good with sudden movements and with kids that is a given.

Friday was a relaxing night in with a little Sparkletini I picked up at the new World Market while reading.

I started the Coincidence of Coconut Cake, it is promoted as a cross between You’ve Got Mail meets How to Eat a Cupcake, and I would agree.

Saturday was also a good mail day. I got my package in from Ulta and NYX was buy 2 get one Free so I made good use of the discount.

After getting home from my brothers I dropped off Seamus and went grocery shopping and by then it was 8pm so it was a quiet night with some DVR shows and crackling candles.

Sunday was busy and I wanted to finally make this Rustic Bacon Apple Chicken that I saw on Chelsea’s post a week ago. It was delish and it really inspired me to start creating some of my own recipes again.

I thought I wouldn’t have time for a big project so I decided to do some smaller ones I wanted to do, yeah it still took a lot of time but totally worth since I love both of them. I can’t decide if I want to put little baby’s breath wreaths on the stars or stencil on FALL or just leave as they are now. This will find a more permanent home soon, once I finish another project. Ha! I used the Early American wood stain by MinWax.

This project is only half done. After attaching all the board together I stained it with Rust-Oleum in Carrington. I already had the anchor stencil from a project I did last year and I used a sample paint in off-white, to stamp it on. I plan to add the words “Find What Anchors You…” to it mostly likely next weekend. 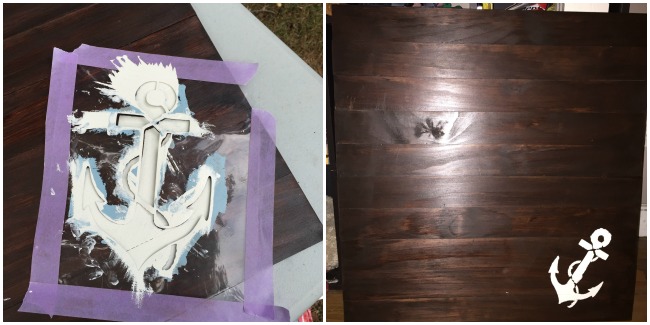 Seamus and my brother’s dog Rosie trying to beg my Sister-In-Law to drop some of her dinner scraps. 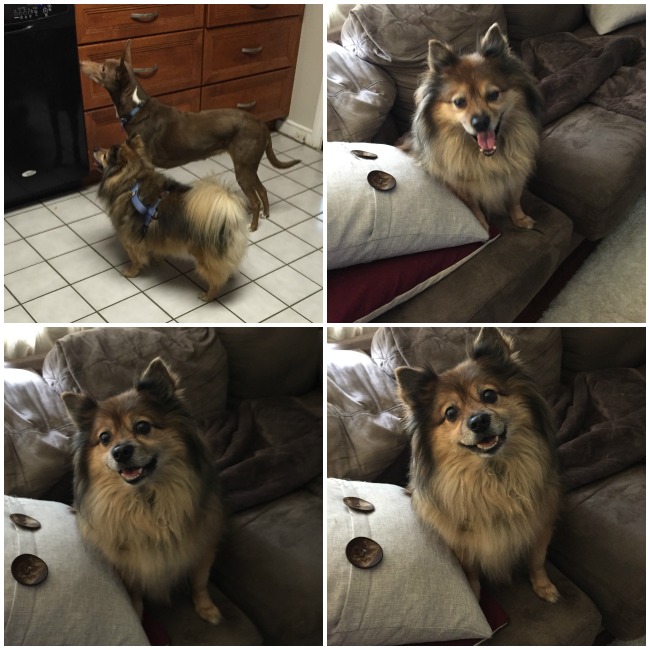 What where you up to this weekend?

Happy Friday! I had yesterday off from work so I could get my treadmill fixed, thankfully it was just a tune-up because he warned me if it was a belt it could cost $400.00. Hells to the no! I am so excited to get to run again at home.

I also decided to go to the clinic because I woke up and my cough was worse and I could barely talk since get my flu shot last Friday. I also hit up the World Market that finally opened up in my town and I got two more xmas presents and adding a skull and cross bones cookie stamp, and some white ceramic teaspoons for myself. Then I slept and read the day away.

We are supposed to get a major Hurricane here so not sure if I will get to build anything but I will try, and hopefully pop down to visit with my Dad. Anyhoo, on to this week’s favorites.

Favorite Quote: Because hope is everything.

Favorite Recipe: Nothing screams Fall more than Chili and white chili is my favorite. Favorite DIY: These would be cute decorative pieces for the holidays.

Favorite Fall Outfit: It isn’t legging season just yet but I will be ready. Favorite Funnies: It is a Will Ferrell kinda day!! 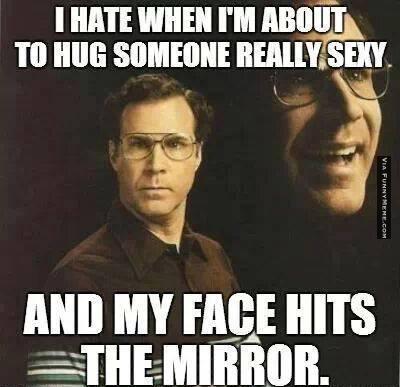 Linking up with Liz for 5 on Friday.

There are parts of me that I don’t share online, but those who know me in real life might know that I am an old soul and I can be very sensitive. I tend to be a little too empathetic at times, it shows every time a Sarah McLachlan SPCA commercial comes on.  Water works!

I cry during the Voice auditions when they tell their story and a chair turns letting them live their dream, and I cry every time the National Anthem is played knowing that my Dad fought for those freedoms.

There are many books I have read that have touched me deeply. Just to name a few: On The Road and Dharma Bums by Jack Kerouac, All The Bright Places by Jennifer Nevin,  The Life Intended by Kristin Harmel, and Before I Go by Colleen Oakley.  They all touched me for different reasons but they touched me, made me feel, broke me down.

There are movies that have done the same. A few examples: In God’s Hands, Without Limits, Powder, and The Family Stone. C’Mon did you really think I would leave out the Family Stone?!

Some made me want to find my truth, some made me believe I could do anything I wanted to do with a little perseverance and what it looks like to be on the outside looking in.

I recently saw the movie The Good Lie starring Reese Witherspoon, about Sudan refugees who get asylum and move to America, their journey and how they change each other was touching. What they went through at such a young age, and the ignorance to things we take for granted like pizza and running water made my emotions jump all over the place. 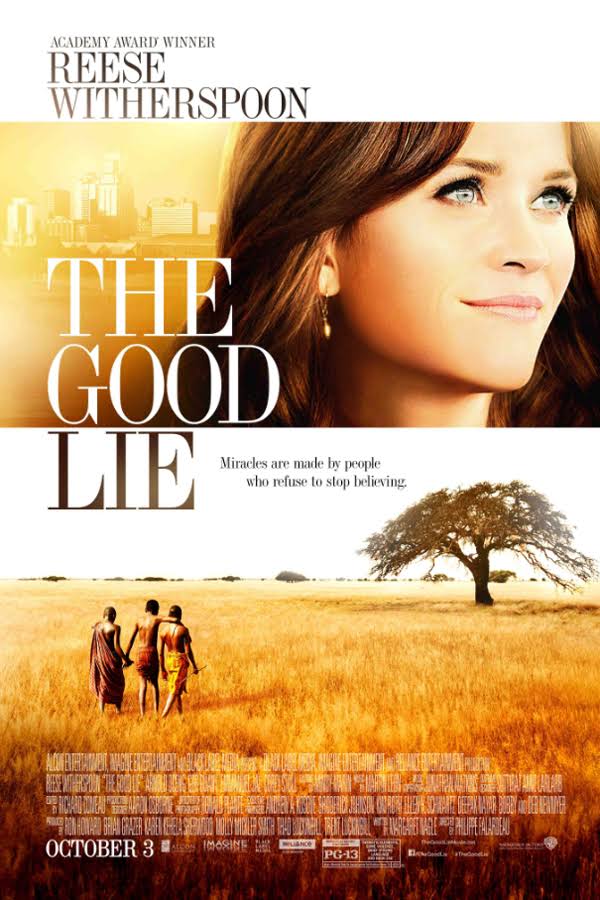 There is a point where one of the refugees is in class and they discuss Huckleberry Finn and the Good Lie, the title of the film. I am paraphrasing here but he says:

“Huck changes, he tells the slave hunters he has no slaves, so his lie is a credible lie, but it is an unselfish lie because it saves Jim. Jim’s freedom means more than the money he would get for turning him in, so it is a good lie.”

The selflessness shown in that decision and throughout the movie was what I always hope to be. I know I struggle at times being selfish just like everyone but I hope when it matters that I can be selfless.

So to lighten up this post I am going to give you 3 truths and 1 lie, see if you can spot the lie.

What is a lie you have told?

Do you have a favorite movie or book that just made you feel all the feels?

I had big plans for this weekend. Okay not really but I didn’t plan to stay on the couch for 90% of the weekend either. After getting my flu shot on Friday during work I went to bed with my throat hurting. I had a ton of places I wanted to hit so I tried to head out and get it all done before noon so I could relax the rest of the night.

Saturday I hit the next town over to go to their used bookstore, Bearly Read Books. They had a good mix of classics, history, regional and fiction books. I picked up a book for my Dad and even a Christmas present for someone.

Since there was a TJ Maxx just down the road I wanted to go there too. There is one in my town but I had no luck in the stores in my town looking for a mirror for my entryway. I filled my cart up with some more gifts too.

After hitting the grocery store I headed home and took a nap. Reading, cough medicine and another nap rounded out the night.

Sunday was all about resting, in between chores around the house I read and caught up on my DVR. 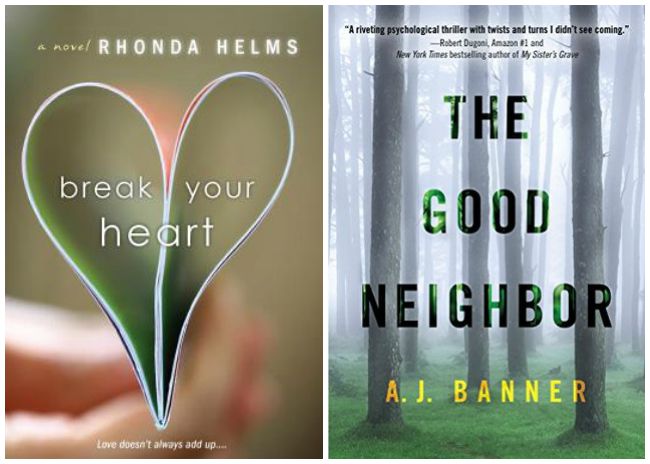 The Good Neighbor was decent though it dragged in places and the ending bugged me a little in that it left questions. Break Your Heart was everything wrong with teacher/student fantasies. They tried to wrap it up in love, but it failed.

I wanted to build a new entry console table but such is life. I did find the energy though to hang the new mirror I found and at least change up the wall art. 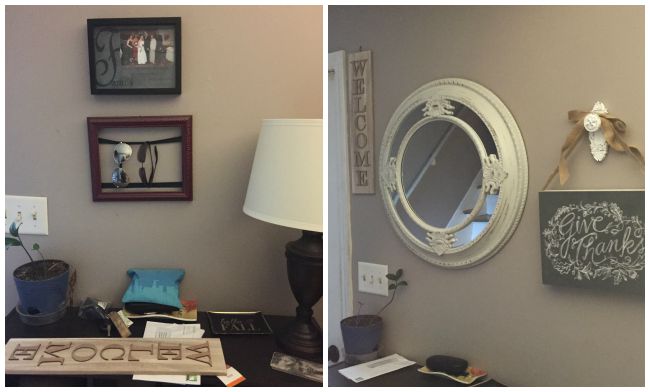 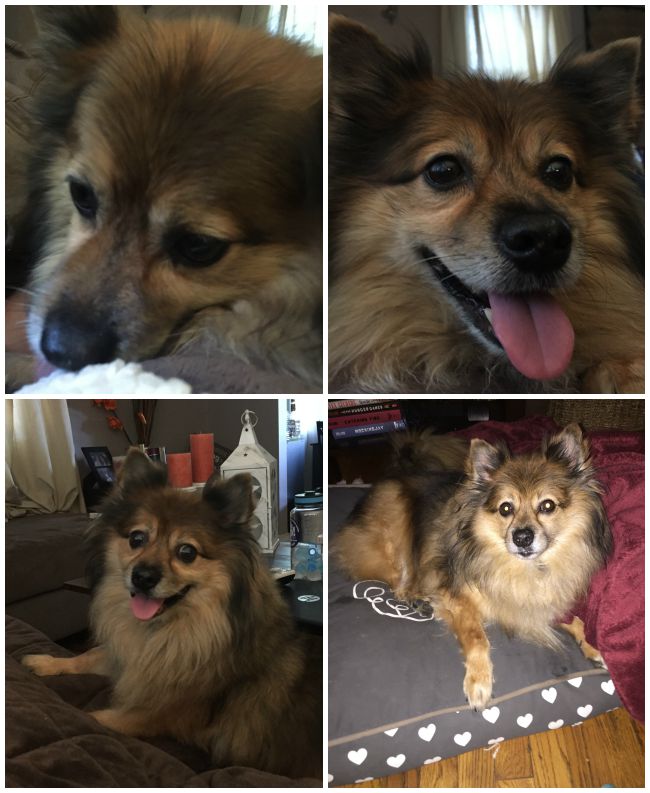